There are 3 versions, the original one was designed in Korea I believe. It was of that genre of having all the "bells and whistles"

Unfortunately, not a very good runner, smoke system not reliable, and plastic siderods could break

The new version had a lot of changes, not all good.

The Pacific and the Mikado have the same boiler shell.

In 2011, there were 2 changes to the Pacific. One is to move the socket into the tender, and the other is a "new" part that has to do with the attachment of the wheels to the axles, to prevent slipping.

Apparently, there is a metal bushing pressed into the center of the wheels (before, the pot metal wheel had the taper machined into it directly). What you can see from the outside is that the screw on the axle no longer has a recess to fit into: 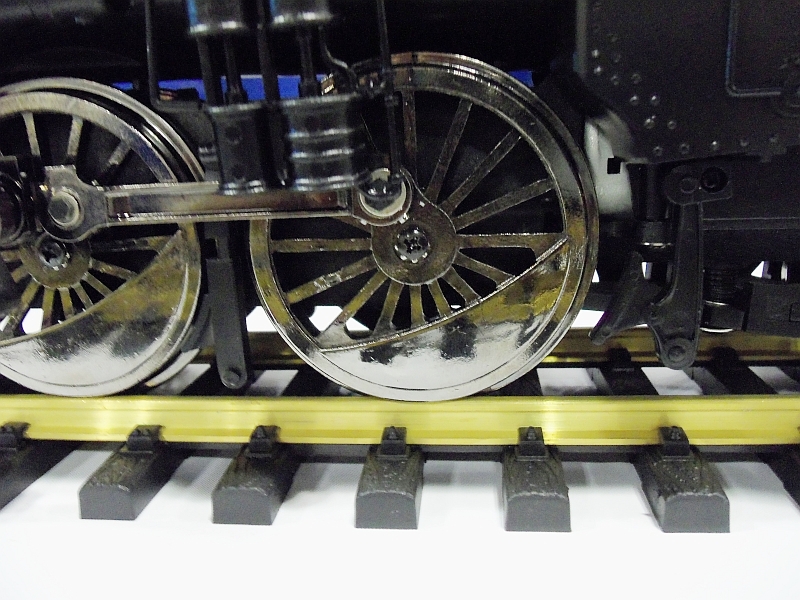 On the bulkhead, there are two switches one over the other.

The top switch (viewed looking into the cab) to left is track power, and to right is battery power. (the manual is in error)

The bottom switch is the motor on off, to the right (engineers side) is on.

The Aristocraft pacific is a pretty decent representation of the B&O P7 class. Just a couple of things to point out . The Aristo pacifics drivers scale out at about 72"/73" diameter the real P7s had 80 inch drivers so the model is slightly out in this respect.Also the sand dome is the wrong shape,should be kinda rounded-oblong not round as per the model .
Otherwise the Aristo locomotive isn't a bad representation of the P7 type as built. The Aristo tender on the other hand is not as per the tender attached to the preserved 5300 ex president Washington. I have researched this extensively ....the tender as modeled by Aristo is correct for one single tender only that was attached to 5304 early on in her life. The Aristo tender
has curved bunker sides yes but is quite differet from the P7.. 8 wheel tenders that received curved bunkers later in their lives. The "standard" curved bunker modifications involved the tender sides being raised substantially and the water tank rear had an enclosed walled area...the tender attached to 5303 at the museum is of this type ,if you compare it to the Aristo model you will see that it is quite different.
See the height of the bunker sides in comparison to the loco cab in the first picture shown above by Paul.
If you look at the Aristo tender you will see that the bunker curves start at the top rivet line...this is not the case on the museum tender.
The P7s were greatly modified throughout their lives and no two members of the 21 in the class were identical latterly. All had some detail differences some,slight some major.

In short the Aristo model is a good general representation of the class but isn't accurate for any single loco at any time without modification .

Also, (mind this is from the Big Train Show at the Aristo booth), it seems the quality and consistency of the plating has improved markedly: 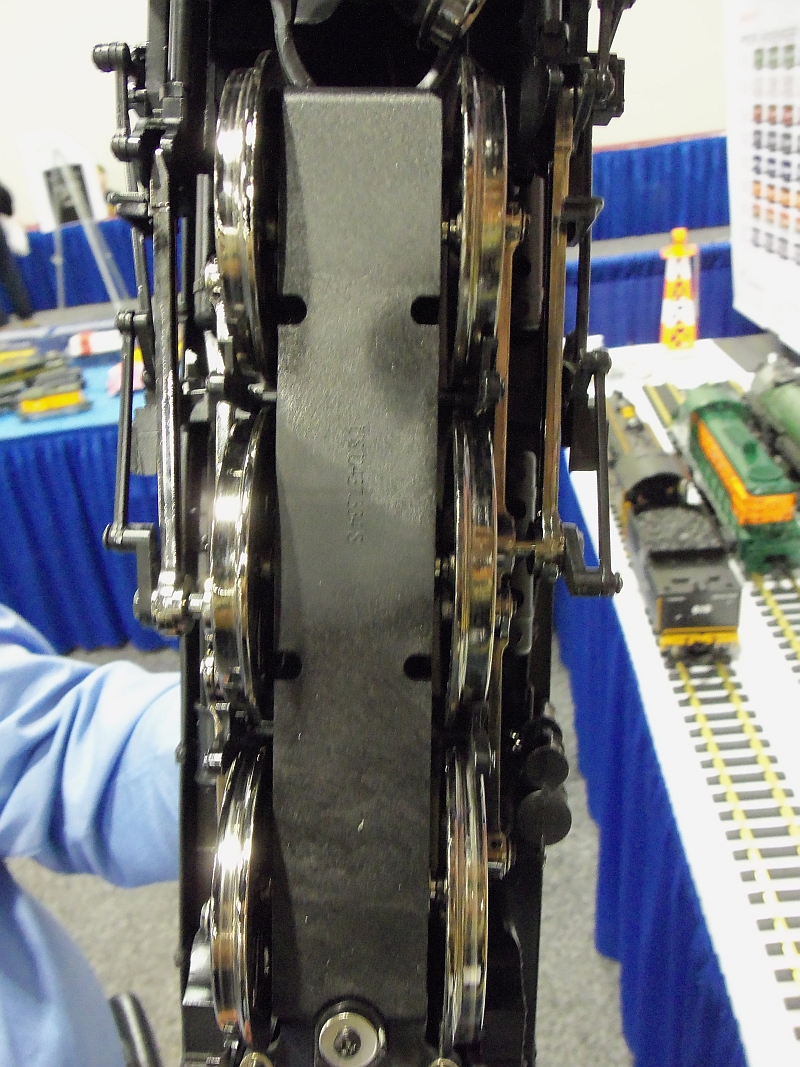