This page is basically my listing of all the LGB part numbers for electronics I have run into. The DCC decoders are listed here, but pictures and details are on this sub page: LGB Decoders

As usual, I will translate the manufacturer's terms into the standard NMRA definitions:

LGB went through many revisions and changes, and the all the systems are very limited by today's standards.

LGB was never very forthcoming about the individual limitations, but just basically told you "use this with that". When a limitation is encountered, many people are confused where in the system the limtation exists. This can be further compounded when mixing LGB system components with other manufacturer's. Massoth, for example, can connect various controllers to the LGB command station.

I will endeavor to unravel this mess, but my recommendation is that since electronics are so inexpensive nowadays, that you jettision any old LGB system and upgrade. If you indeed have LGB equipment with the "serial function" decoders, then get a Massoth, ESU, or Zimo system.

In my opinion, newer decoders are so much more capable with so many new features and so inexpensive, that I would give strong consideration to replacing any decoder that is serial only (or no sound for that matter)

So, let's proceed to try to unravel the complex story of LGB MTS, and where the capabilities and limitations are.

Credit for help with this information goes to my friends, and other helpful people, but a special note of thanks to Dan Pierce.

LGB offered "DCC" early on, about the time it was being standardized. There were 2 precursors to our "modern" DCC, the Motorola system, and Selectrix system.

Seletrix was developed by Doehler and Hass for Trix in early 80's. It was based on a communications protocol developed by Siemens. Trix had exclusive rights to the system.

In 1999, D&H and Trix terminated the agreement, and now it is a open standard, it's apparently popular in N and Z scales in Europe.

The Motorola protocol was called that because it used a Motorola chip,. It was shown at the 1979 Nurnberg toy fair, it was introduced 6 years later in 1985 by Marklin under the name of "Digital HO"

The MTS (Multi Train System) emerged about 1995, and the electronics were mostly developed by Massoth, (Hartmut Massoth founded Massoth Elektronik and met Wolfgang Richter in 1974).

The early system were limited in many ways.

The first generation MTS I system was manufactured in 1995 by Lenz for LGB. 8 loco address, serial functions 0-9, 14 speed steps, and apparently no way to set CVs

MTS IIP was released sometime after, and was the same as MTS 2, but allowed both serial and for the first time parallel function commands 0-9.

MTS III was released in 2006, made by Massoth again, and allowed 4 digit addresses (finally), serial and parallel function commands 0-9, and for the first time 14 or 28 speed steps, and also CV programming.

By virtue of LGB's purchase by Marklin, the MFX protocol was added to all current manufacture. I won't cover this here, even though new LGB locos come with MFX decoders, and "switching them over to DCC" can be a pain. Just say no.

Organization of this page:

First, I show the "systems" that were packaged, I review the "typical" groupings of equipment for the commonly referred to MTS I, MTS II, and MTS III

Next is a list of MTS products, grouped by function (I did this thinking it helps find something first, I may drop back to just a numerical list)

A note on "serial" vs. "parallel" functions:

You will hear this a lot when dealing with MTS. Early units did not have separate commands for f0 through f28, i.e. internally a unique command for each of the 29 functions, as the NMRA standard calls out. (this is referred to as "parallel functions by LGB). Also note that no MTS system can control over function 9.

"serial functions" is where the system may or may not have individual buttons for different functions, but  f1 key "strokes" are sent at 1 second intervals for all functions, i.e. f4 is a sequence of four f1 commands 1 second apart. You can see that this is slow, and only some European brands still support this nowadays.

A note on LGB locomotives themselves:

A common situation is where the box says something about DCC, and the owner is confused if it has a decoder or not. Often it is just identifying that the loco is DCC compatible, and what type of DCC interface is inside.

For example: "Direct Decoder" actually only means there is a 10 pin interface inside.

Read more under LGB motive power on this site

I have not addressed the software that is used with the computer interface module, nor others from LGB. I don't intend to, since much of the software is old, and there will be issues with newer versions of windows.

NOTE WELL: this is NOT designed to be an exhaustive list of components, and is as accurate as I can make it with reasonable effort. I do not use MTS equipment, and honestly, the vast majority of LGB MTS equipment is limited in capability.

If you have helpful information to add here or corrections, it is appreciated, notwithstanding the goal above. The goal of this page is a sort of "catalog" of part numbers, their basic functions and to also somewhat follow the evolution of MTS. Just drop me an email.

none of the MTS throttles can read CV's back. The only way to read back CV's is to use the 55045 computer interface (need software versions, how to download, etc)

To switch the controllers (MTS 2P and MTS 3) from serial to parallel commands, press function and 9 at the same time. You can press a function key to verify multiple flashes or a single flash (serial or parallel respectively)

You program the decoder address from a sequence of button pushes, with the address selector set to the address you want, so it's clear of what the max range is.

The system is limited to 14 speed steps. Again it appears that this limitation is in the throttle, not the central station/booster.

The controller/throttle was the LGB 55010 MTS 1 Train Mouse, limited to 8 addresses, and serial functions.

Lenz made these first generation components, I have seen pictures of the Train Mouse with "Lenz" on it.

Below is a picture of the 5510 train mouse/controller 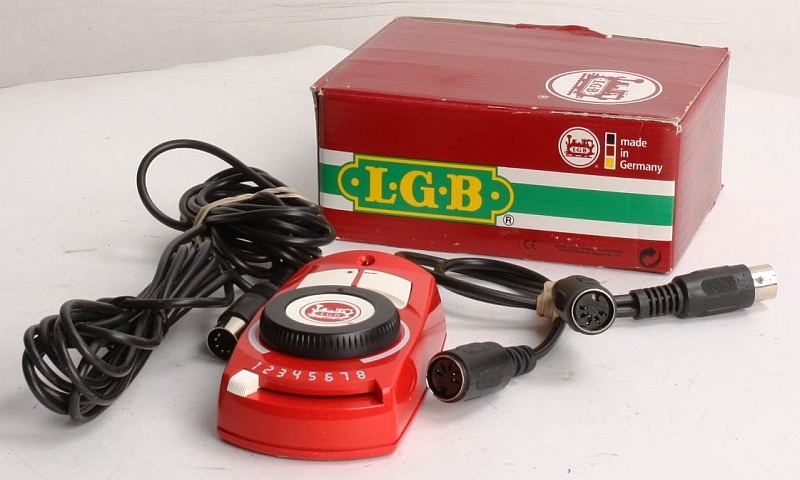 The left button controlled the loco lights, and the right button is the function button, pressed the number of times for the function you wanted (serial function)

The speed control is center off. If you press and hold on the LGB logo, you got emergency stop.

You will also see "7+1" on various literature, this is because it could run 7 MTS locos and 1 analog. The 7+1 switch was on the back of the central station, as well as a reset. You used address 8 to control the analog loco.

This was a 5 amp max booster, and the power supply was separate. Input voltage was up to 24v DC, or 18v ac.

I'm not sure the central station was available by itself.

The decoder supplied was a 55020 I believe 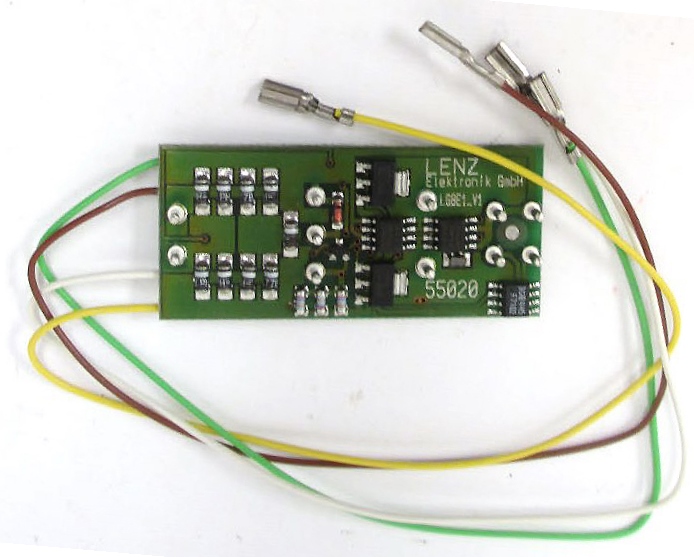 At this time the decoders supplied, 55020, were made by Massoth

Note that the sytem still cannot do more than 14 speed steps.

Early MTSII"P" equipment, was identified by the separate black sticker with the white "P" - later production versions had the "p" suffix on the part number, eg: 55016p

note you press F then press 9 to change to parallel... if you change address of the loco, you need to do this again, since the serial/parallel setting is associated with the loco number.

There is a CS3 and CS3+, the plus has more expansion capability.

The second generation central station. Came in 2 versions, first has serial function control only, the upgraded version will be the 55005P, which can do "normal" function commands, what is called Parallel.

The "P" may be on a sticker on the bottom, or maybe on the top. You could get it upgraded at the factory.

weird that it is 21 volts, so lower voltage than normal 24v

actually rated 100 VA, and looking at the label 19v output 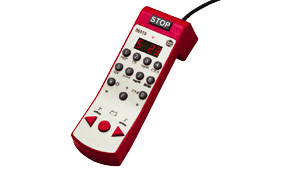 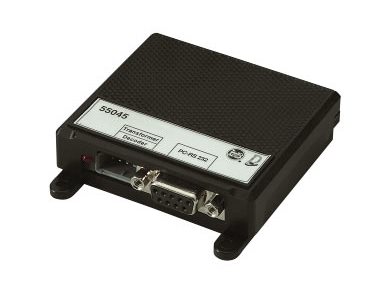 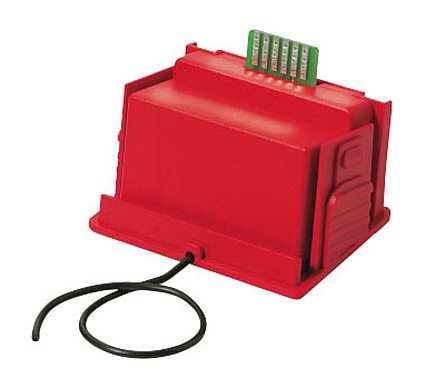 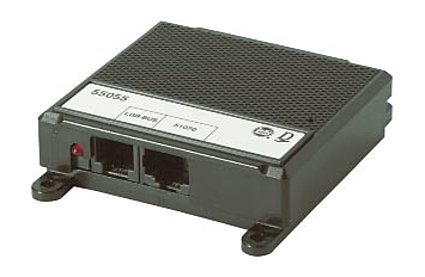 I don't know much about this module, but apparently it is very flexible and can work on analog too.

Sometimes it's hard to know what LGB decoder you have, and even more difficult to know what their capabilities are.

LGB decoders may require the motor as a load on the decoder when in service mode... also if there is a separate lighting switch or sound switch, leave them off

Be sure to get the manual on the loco and what the switches do first.

There were 2 versions, the first by Lenz

Second by Massoth: (there appeared to be several versions of the 55020 from Massoth) 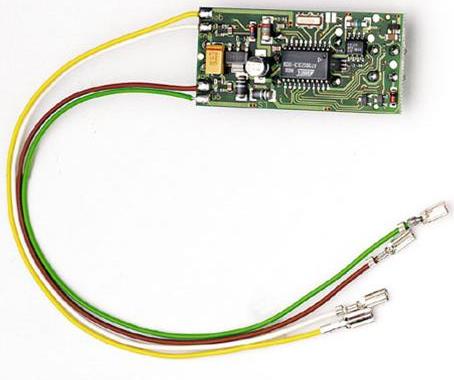 Original version only supports CV1 addresses 0 to 22 (what happens at zero?)

CV2, 3, 4 etc, there are some BEMF settings, and parallel to serial settings

note CV 5 and above need to be written in register mode, so if you are not using a DCC system with register mode on the programming track, you use CV6 as the "register" that holds the CV number, and then CV5 will have the value.

This is further confused that the reset for this decoder is only available by register mode programming, and it is CV55 = 55  .... so  it does not become clear to neophytes that syou set CV6 = 55 (that means you will talk to CV55) and then you set CV5 to put the value 55 into the index.

To make it even more confusing, with CV6 = 1, it means CV29...  and you write to CV5 to set the values for CV29 ... these people should have been slapped silly for doing this. 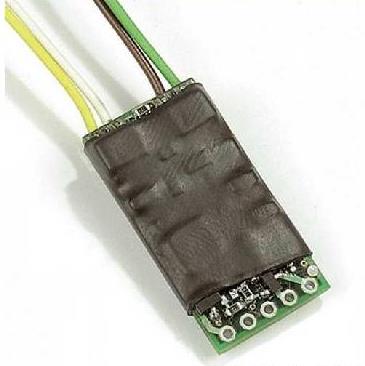 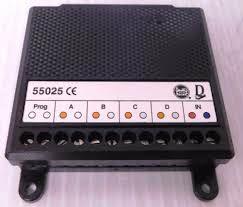 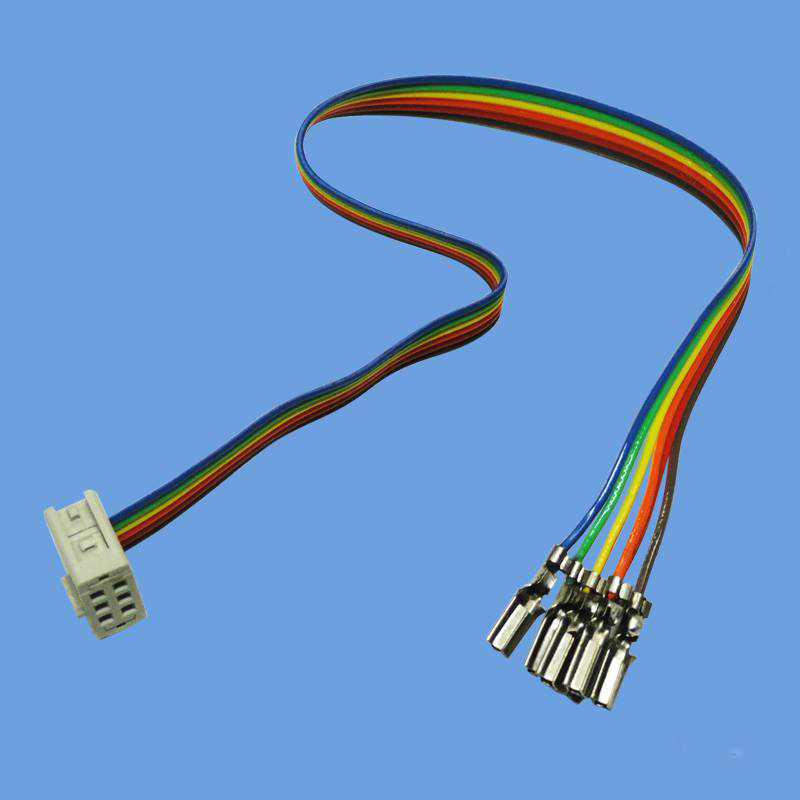 they claim the decoder handles 10 amps, and the motor output is over 4 amps

can be used for analog

7 va - barely enough power to run anything, a third of an amp at 21 volts, for example

This is just some unorganized notes, mostly dealing with "gotchas"

Like many other European systems, this system likes to "register" a loco with the system in order to run it (which I think is an unnecessary complication, especially for newcomers)