Ted Doskaris weighed his at 10.56 pounds. Somewhat light for such a big locomotive.

The #1 complaint about this loco is it derailing the car behind it. USA Trains indicates it will traverse 8' diameter curves. In a twisted sense this is true, but usually the body length combined with the body mount coupler and the restricted swing of the coupler normally derails the car the loco is pulling. Here's some tips:

Yes, it is possible! James Kuhns brought his by, and I've got some pictures here. More descriptive text will be added soon. Basically he modifies the coupler assembly and the pilot to allow greater swing, and removes the centering springs. You may have to use a car behind the loco with equally long coupler swing also. James has had success with the modern tank car, and an added benefit is it's weight due to the all metal construction. 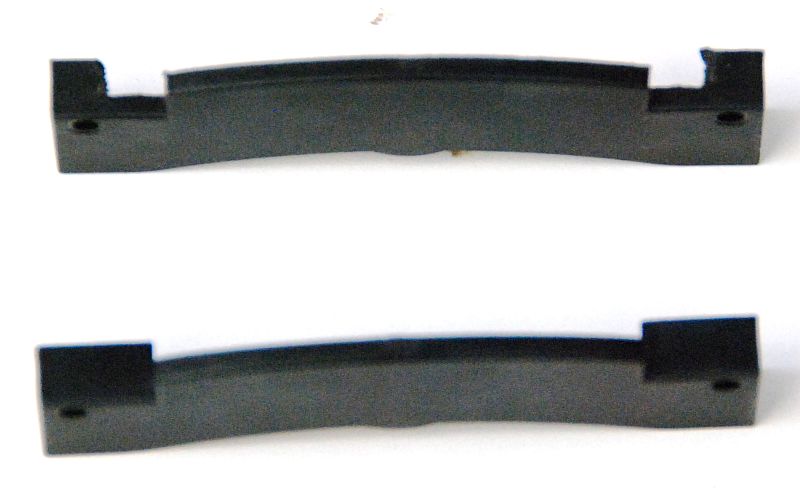 The picture below shows the modifications to the pilot that allow the increased coupler swing: 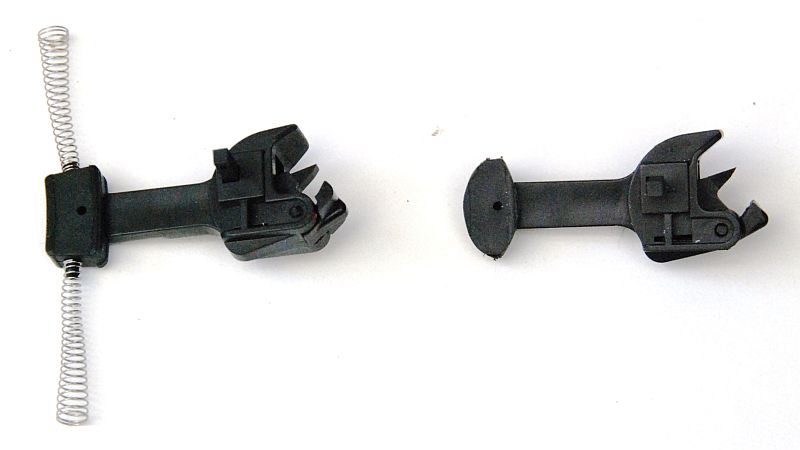 Norm Baullinger found he still needed even more "swing" with shorter cars, so he modified the coupler to put a swivel joint near the knuckle: 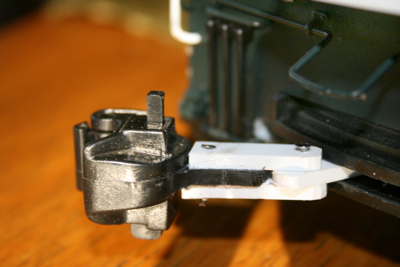 What appeared to have happened:

2. this side pressure locks couplers together, not allowing couplers to slide up and down naturally

3. as the loco hits the top of the grade, the rear coupler lifts and also lifts the truck of the trailing car

4. as the swing limit is "relaxed" the couplers are no longer locked together, and the release of the lock allows the trailing car truck to drop back down, exceeding coupler overlap and uncoupling.

Nicolas solved this by opening up the slot, but not makeing the spring modification.

Here are a few pictures of the main board in the loco, it's larger than most, maybe because of the ditch liights, or just because there is room: 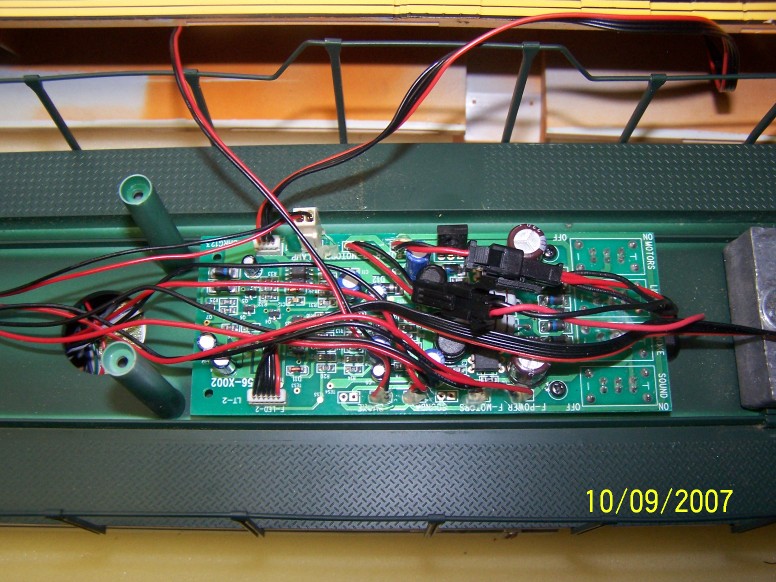 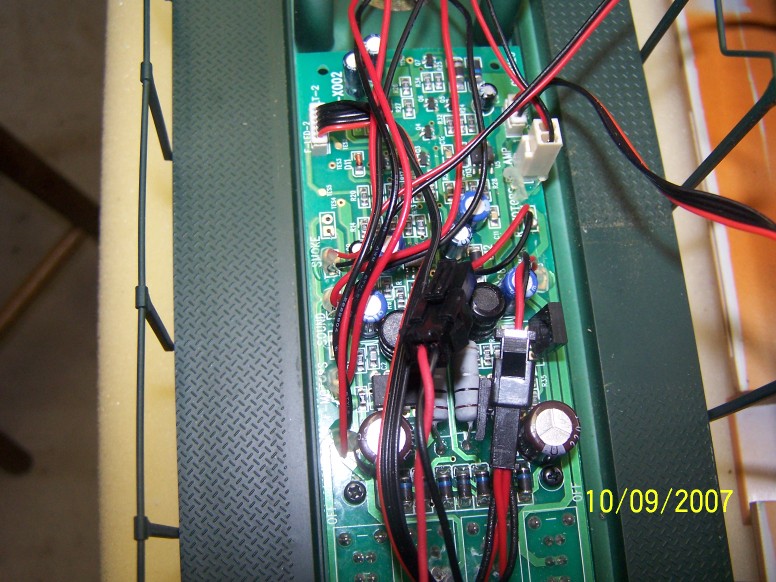 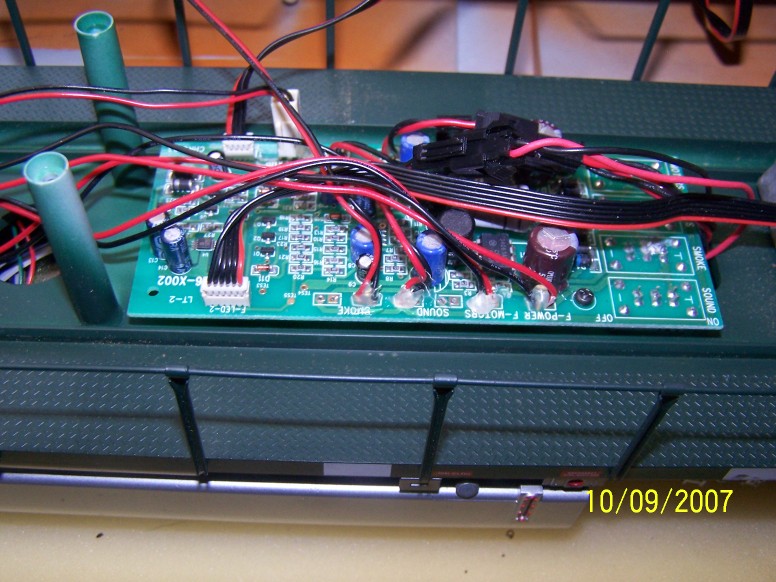 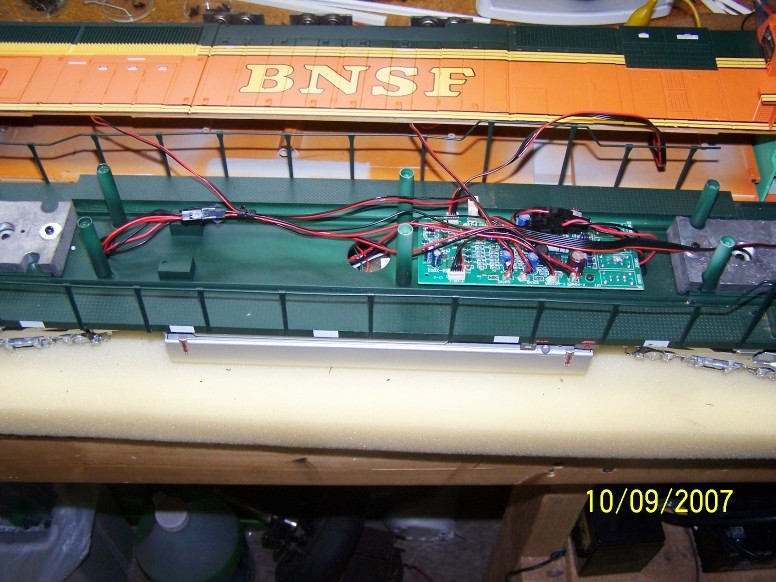