This page is intended to be a general page on different power options.

There are several controllers, but start out with the tried and true Railpower 1300.

Below is a stock unit: 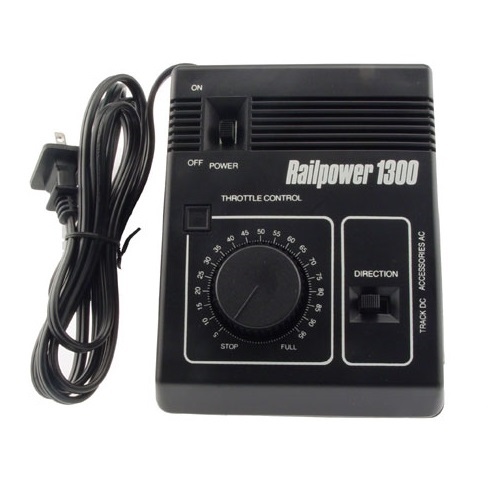 but you would do best to get the modified one, that has a limit built in to stop at approximately 10 volts, you can buy it from z scale hobo, it was sold by Micro-Trains as MTL-995 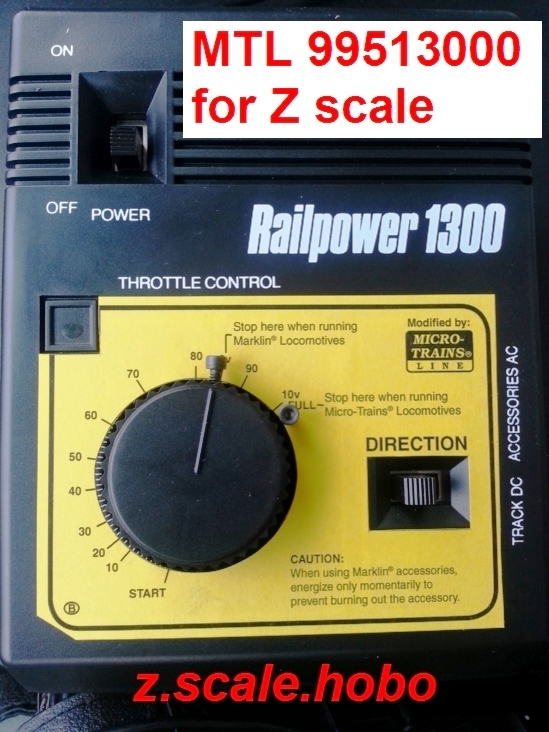 I'm noting this here because it's an unusual system, some great features some strange ones.

The unit powers the track and can power it as either DC or DCC, kind of nice for people who don't have any DCC or not all converted to DCC.

The unit is a small box, and you need to use a mobile device to control, either an iOS 8.0 or above or Android 5.0 and above.

Strangely, the default mode is a cable between your mobile (now immobile!) device and the controller, and it is plugged into your audio jack. The application sends tones over an audio link to the controller.

You can go wireless by purchasing a 3rd party Bluetooth to audio adapter, so in this case the app sends the audio over bluetooth, and then the bluetooth adapter converts this back to audio and it outputs into the audio jack in the controller.

The app also sends audio of the locomotive to the controller, but at this time, only a steam loco ro a commuter car.  There is an audio output jack if you don't want to use the internal speaker on the controller.

In DC mode you can set acceleration curves, and apparently there are 3 speed curves to select from. Nice additions for DC running.

In DCC, you can set the loco address, and the CV's 2,3,4,5 easily along with the CV29 direction bit. There are settings to control lights.

You can set long addresses, a name for the loco and upload a picture. Nice.

Strangely, there is no consisting support.

The Rokuhan turntable is supported in this application, and eventually switch machine control.