Sometime ago I had asked Aristo’s spokesman, Ron Wenger, how much additional weight may be added to the older type RS3 with a reasonable trade-off as to its bearing wear. Ron stated in a post on the Aristo FORUM that 16 to 20 ounces could be added.

For information about the late factory, heavier version, RS3 and upgrading earlier versions, see the "Adding Weight" section that is within vignette, "Upgrading Aristo-Craft Loco Motor Blocks from Sleeve to Ball Bearing"

Note:
Aristo offers an additional factory type weight that is intended for the RS3. However, this weight is the same part as the long length metal plate that is already within upper area of the loco, necessitating removal of many upper body parts in order to stack this weight on the existing weight. Accordingly, I chose to add custom made weights to be placed in the fuel tank area. Moreover, this area is beneficial for a lower loco center of gravity.
It is to be appreciated that in some cases the fuel tank area may serve to house an optional after market sound unit circuit board. In my case I have yet to embrace sound units.


I had a friend in the metal trades cut up some 10 gauge (1/8 inch thick) metal plates to serve as a weight stack for installation in the RS3’s fuel tank area.
Each plate measures approximately 2 inches by 4 inches. These plates will fit within the interior confines of the RS3 fuel tank.
I drilled a hole in each plate with a 1/8 inch offset from center toward its long axis to provide for a 6-32, 2 inch long toggle bolt. This was done to provide for enough space so that the little circuit board within the loco’s interior would not be in the way once the toggle bolt was threaded all the way through during installation.
Since there is a 7/16 inch diameter hole located in the plastic recess of the loco chassis - observable once the tank is removed - the 4 plate stack’s toggle bolt can be inserted through that hole for mounting of the weight stack.
As to the first plate, it should be no wider than 1 15/16 inches so it will fit in the plastic loco chassis recess. There is also a small plastic “pimple” in that recess, so whilst drilling the hole in the first plate, I partially drilled a corresponding dimple so that this first plate would lay flat in the recess.

As to a before and after operational comparison on my under house layout, I used a maximum train length of 22 cars consisting of 14 covered hoppers, 5 flat cars, 2 40 foot box cars, and one long caboose. (All Aristo-Craft rolling stock with retrofitted metal wheels.)
Before I added the weight stack, one RS3 could pull no more than 17 cars before its wheels would noticeable slip to the point of not pulling the train.
After I added the weight stack, that same RS3 could pull 21 cars. (When adding the long caboose for the 22nd car, the loco could pull the train when starting out, but sometimes its wheels would begin to slip on some areas of my layout.)

Note:
My under house layout is fairly circuitous, includes mostly 10 foot diameter curve tracks, a few “S” bends and the longest straight track section is about 8 feet. Folks having a less circuitous layout or layouts with tighter curves may have different operational experiences than what I had described with respect to the amount of cars that can be pulled.


See the pictures below. 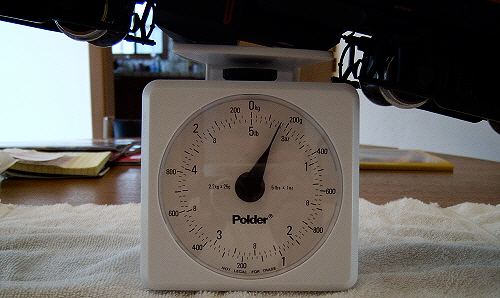 Under side of fuel tank and RS3 chassis plastic recess showing 7/16 inch diameter hole and “pimple”:
The toggle bolt will pass through this hole, but you must remove the long hood to get at and remove the little interior circuit board to best accommodate the weight stack installation: 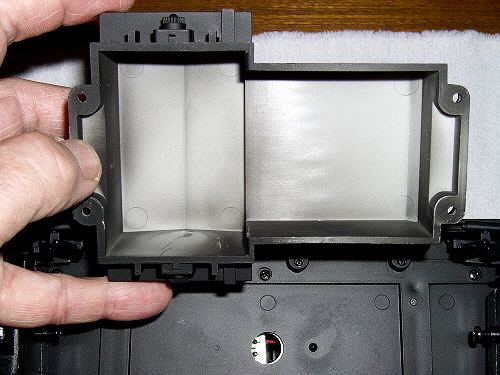 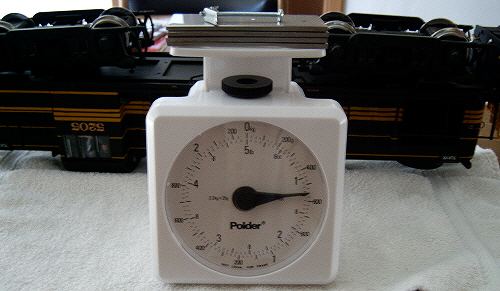 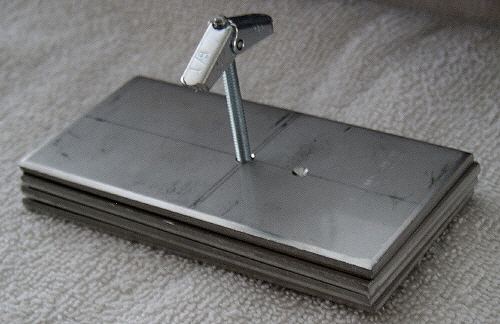 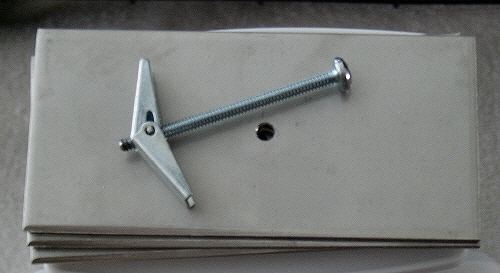 RS3 custom made weight stack with initial installation attempt at trimming toggle size.
(I originally tried to avoid removing the long hood by reducing the size of the toggle to get it to go into the 7/16 inch hole, but it did not work and it was much easier to remove the long hood to accommodate installation.): 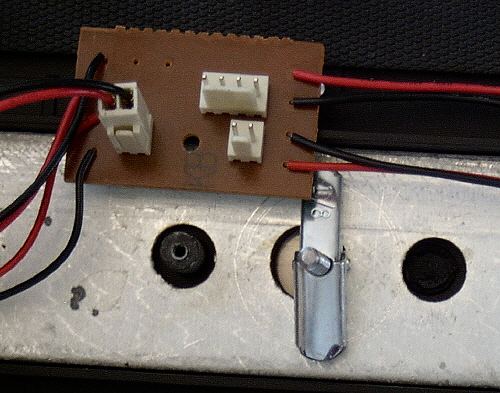 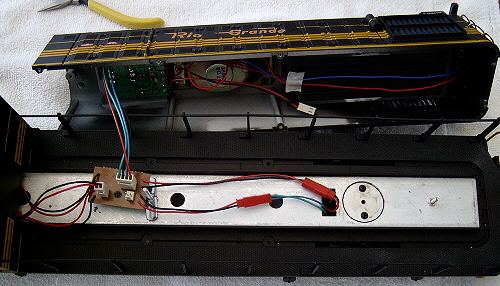 RS3 weight stack installed on the second loco without modifying the toggle size. The first attempt 1st loco with its reduced toggle size still required removal of the long hood because the little circuit board prevents the toggle form completely penetrating the loco's 7/16 inch hole anyway: 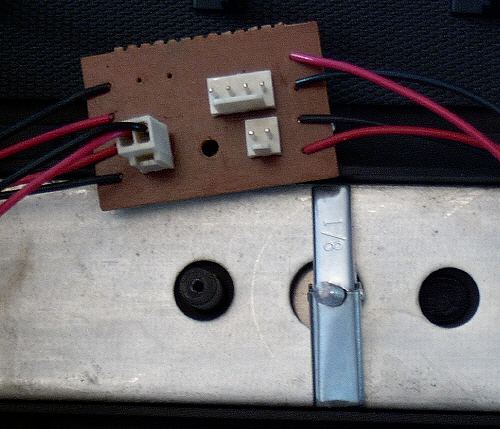 RS3 with custom made 4 plate weight stack installed. The plate next to the loco's plastic recess is out of view because it is in the recess. This particular plate should be no wider than 1 15/16 inch to fit within that recess: 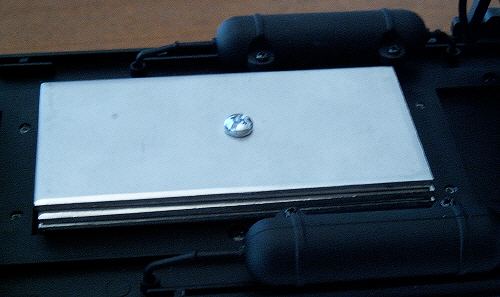