These cars are easy to take apart, it's putting them back together that is tricky! Take your time, and be careful to not strip the small screws. As always, a drop of light oil on the threads will help (plastic compatible please!)

There are 2 screws at each end of the roof securing it. These are larger screws, and you can remove them and the roof without taking anything else apart. You have to open the vestibule doors and you can see them inside, heads about an inch from the outer wall.

Use a long shank #2 Philips driver. It helps to have a magnetized driver.

If the car you are working on has doors you can peek through them to see where you are. The new baggage and RPO cars do not have working end doors, as the body shell is different.

If you drop the screws inside, no worries, just find them when you take off the roof.

The roof should now lift off. Some cars that were assembled while the paint was not completely dry might take a bit of prying. Also, there are 2 "clips" in the middle of the roof that engage the walls of the car. They are in the exact middle. If the roof does not want to come off, wedge open one end about 1/4" to apply pressure, and then squeeze the roof in the center, just the roof.

The observation car is a bit more difficult as the screws are harder to reach. If you cannot reach them you may want to remove the platform.

I normally write inside the roof to indicate which way it went on with a felt marker. If you put it on backwards, you may not get any lights, notice that usually there are 2 electrical contacts at one end, and only one at the other. (again, who designed this?)

Note: when reinstalling the roof, you will be driving the screws from an angle. Use the screwdriver carefully to be sure the screw goes straight down into the hole, and resist the temptation to try to tighten the screw until you strip the philips head! You have been warned!

Note: doing this makes it a LOT easier to get to the roof screws.

You need to remove the trucks first, remove both pivot screws, and GENTLY move the truck off center to let things clear. BE CAREFUL, do not pull hard or you will tear off the track pickup wires. Once the 2 screws are removed, you pull out at the bottom edge, and it swings out. Do not try to pull straigh out. You will see that the top edge has 2 lugs that engage the roof of the vestibule. Now you will remove the rear bulkhead:

Now with the removal of 2 screws underneath, you can slide the bulkhead, with the vestibule doors out. It should puill straight up, but this can be tricky, most are very tight:

After removing you can clear the grooves in the body, and even a small drop of oil in the groove to make things easier. 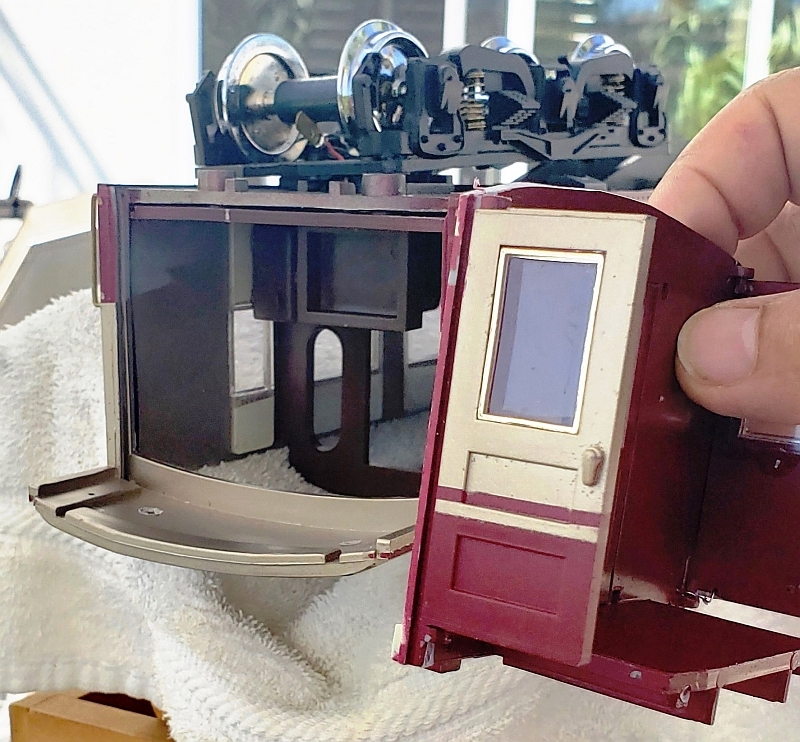 Now is a good time to wick some CA into the back sides of the windows to keep them from popping out, just a tiny drop at the crack between the door and the window, let it wick in.

Now the end of the car is open: 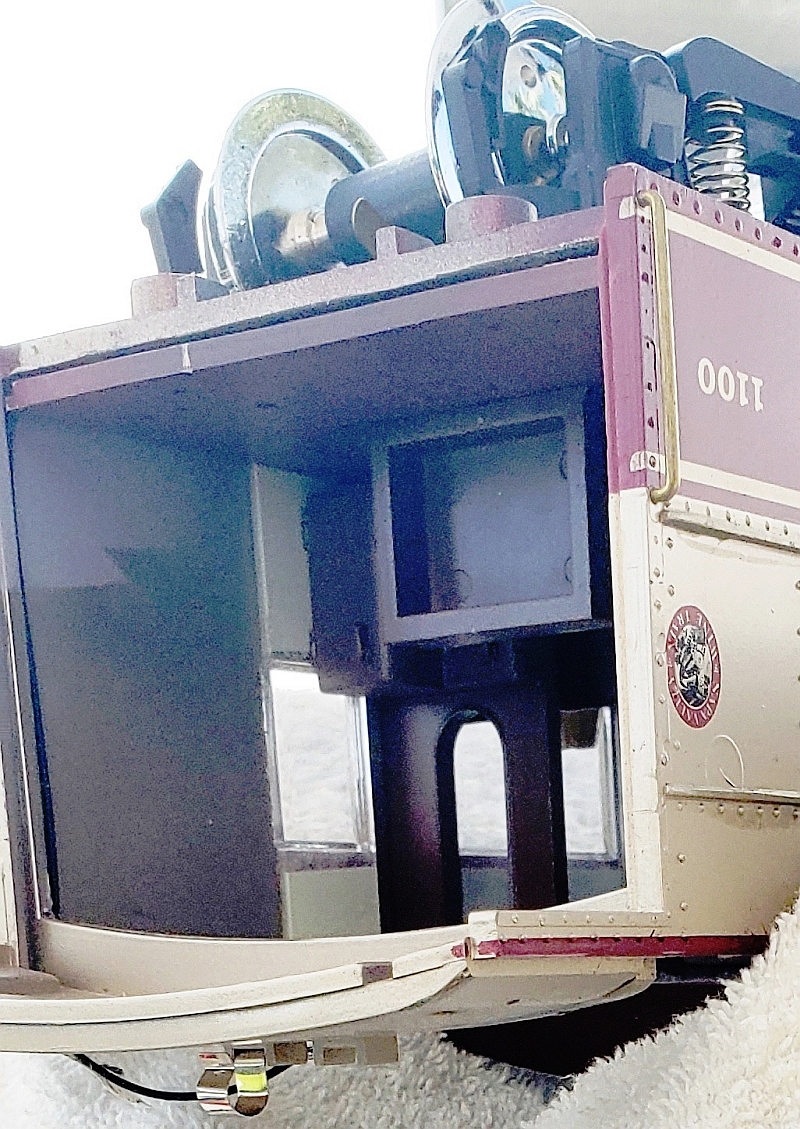 At this time, it is very easy to remove the 4 screws that hold the roof to the body shell. They are at the ends of the roof.

As mentioned before, there is a "clip" in the exact middle of the roof, and you might have to pinch the roof a bit to get it to pop off. Do not force it off.

Below is a diner car opened up:

(Notice that this car has 3 of the 4 possible power connections between roof and body used. why?)

To reassemble, you have 2 problems:

One, any sliding doors are held in by the roof, so you need them to stay in place. Here's my trick: 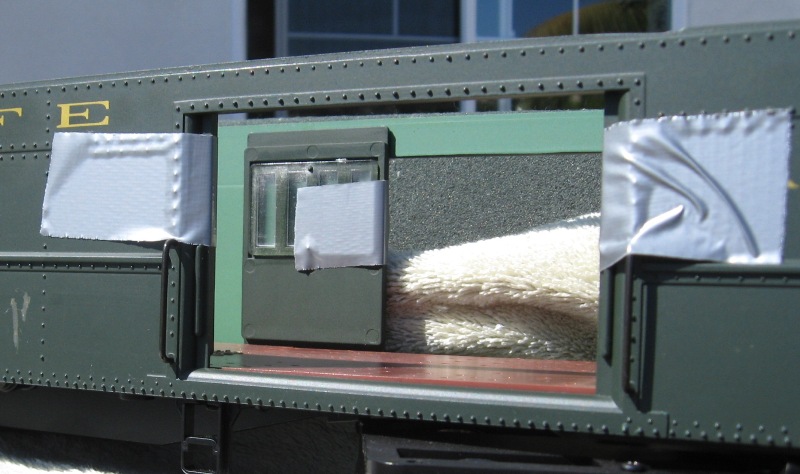 Be sure to check that the roof seats fully down. If it does not, you do not have the doors up against the body, or the bottoms are not in their groove.

Next trick is getting the screws back in. Make sure you have a magentized screwdriver. Then slowly lower the screw into the hole, and try to orient the car so you can see inside, or use a flashlight. It takes some time.