After many years, Aristo has finally improved the frog for the wide radius switches. It's been a long time. There are 2 of 3 improvements requested, the flangeways are deeper (a bit over 3mm deep) and the top of the frog, when properly installed, is now flush with the top of the rails. (Previously the frog was much higher and the flangeways too shallow).

I measured the frog depth just ahead of the frog point on 20 new frogs, they averaged 3.27 mm, which is much improved, the spec. calls for 3.00 mm minimum.

(All pictures courtesy of R.J. DeBerg, who got his replacements before me!).

The picture below shows the new frog from the underside: 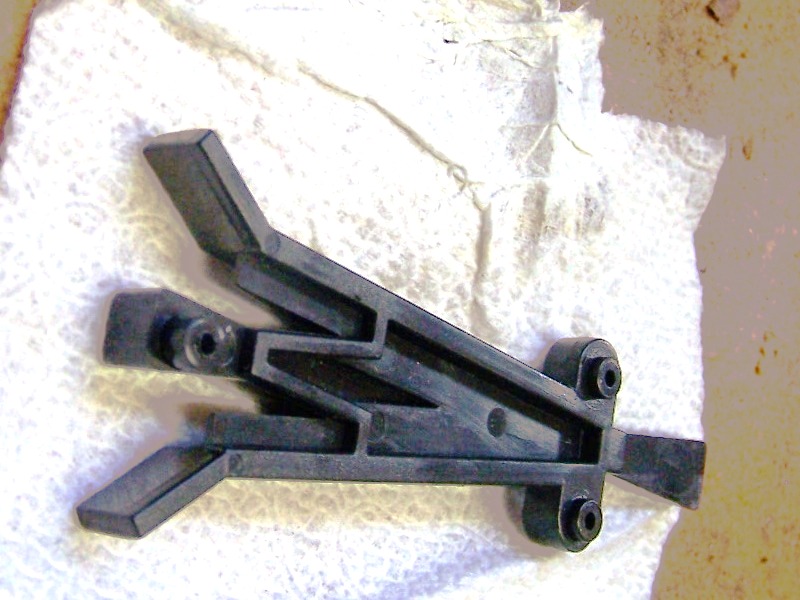 You can see the small circles where the mold has ejection ports, right where the wing rails flare out. Several people have reported that the new frogs do not sit flush. R.J. found that many of the new frogs need to be filed flat at these locations. The picture below points to one of the 2 spots to be filed flush: 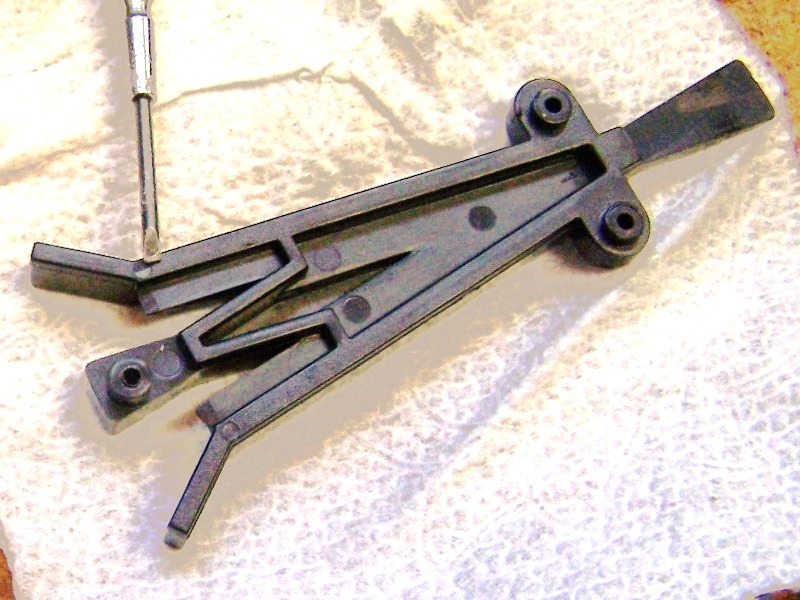 I dressed all 20 of my frogs with a file on the 2 spots indicated, and the tongue also (all from underneath), there was a bit of flash on a few. There was often a small bump of flash next to one of the 2 mounting bosses (one of the 2 that are close to each other), that was pretty consistent. A small amount, but getting these to fit the first time is a good idea.

Another note: look inside the casting between the 2 screws, you will see a number, either 1 or 2. Of 20 frogs, I received 10 of each.

First you need to remove the old frog, the picture below shows the cover over the underside of the frog area which protects some of the jumper wires, remove the 3 screws:

The picture below has the cover removed. You will need to remove the 2 screws that have the jumpers connected to the 2 small rails that are at the heel of the frog. This is necessary to slide the rails away from the frog in the next step. Also you need to remove 3 screws that hold the frog in. In the picture below, 2 of these 3 screws are already removed, and the third is part way out:

The picture below shows the screws removed that secure the short "frog rails" at the heel of the frog: 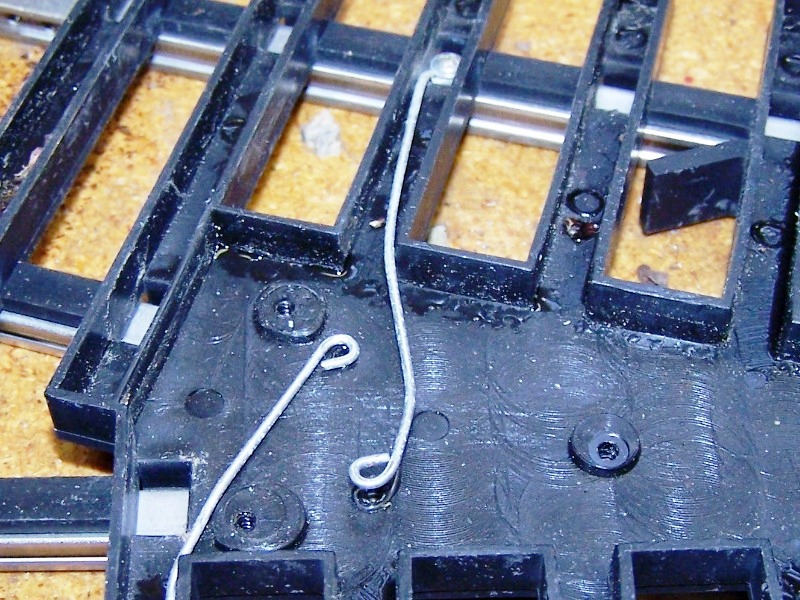 Now flip the switch right side up, and pull the two short rails away from the frog. See the picture below: 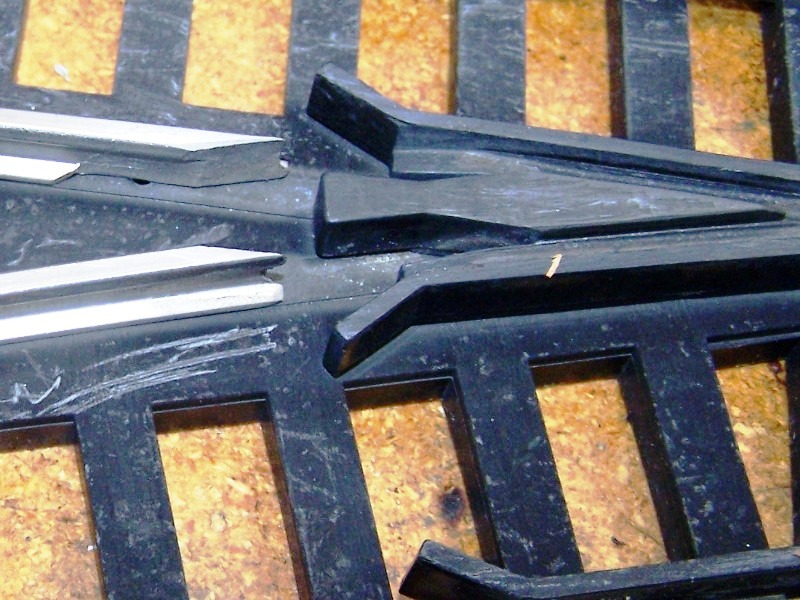 Now you lift the frog up and disengage the other end: 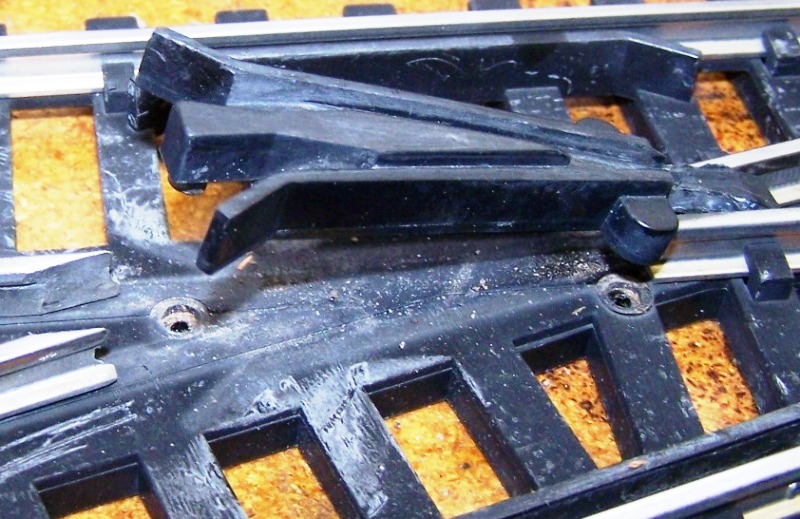 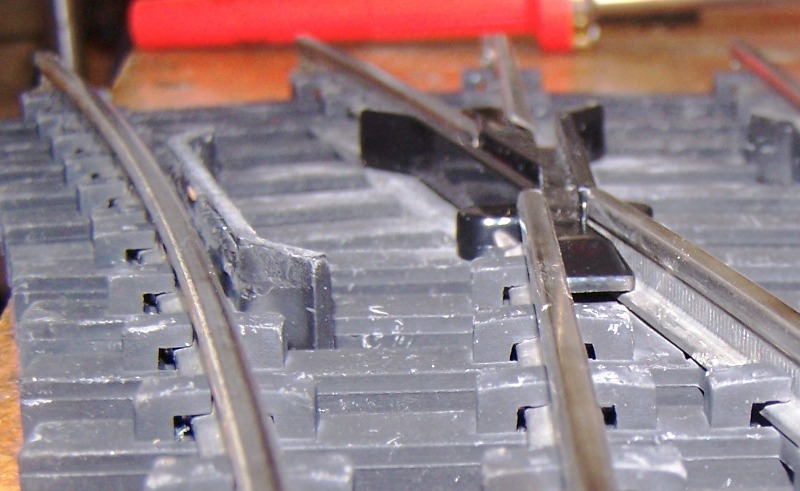 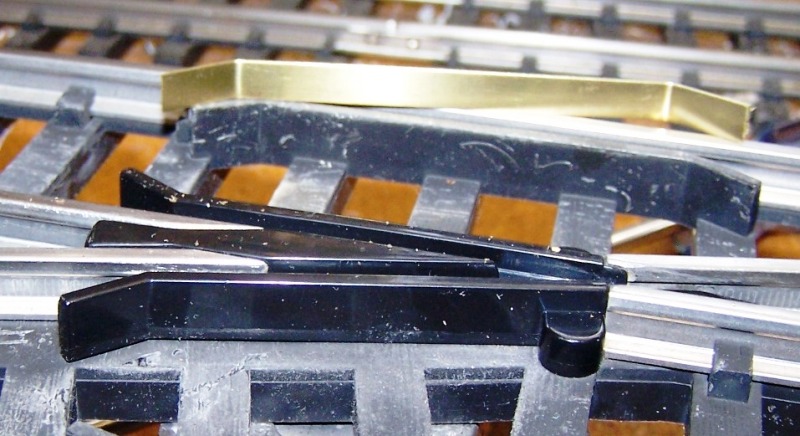 It's not a bad idea to test the continuity of the switch after you screw the frog back in: 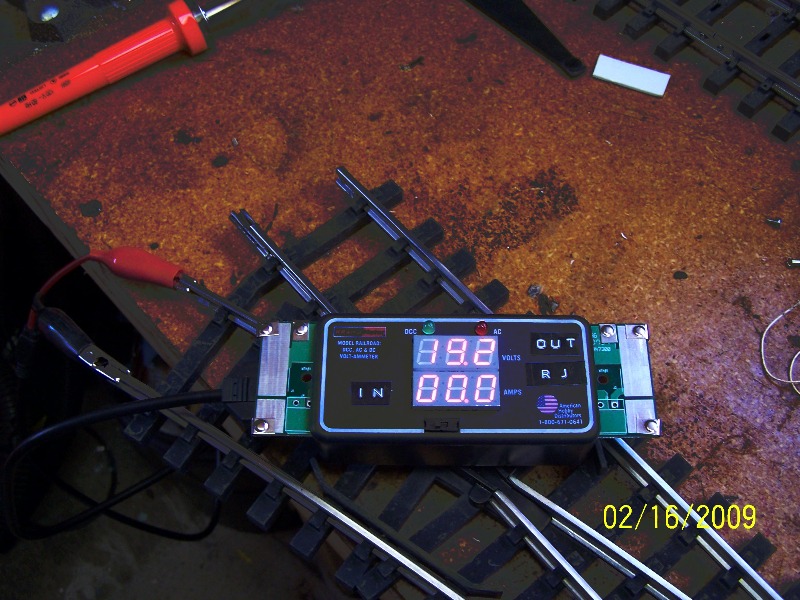 Another tip from R.J. is to waterproof the connections, as in the pictures below: 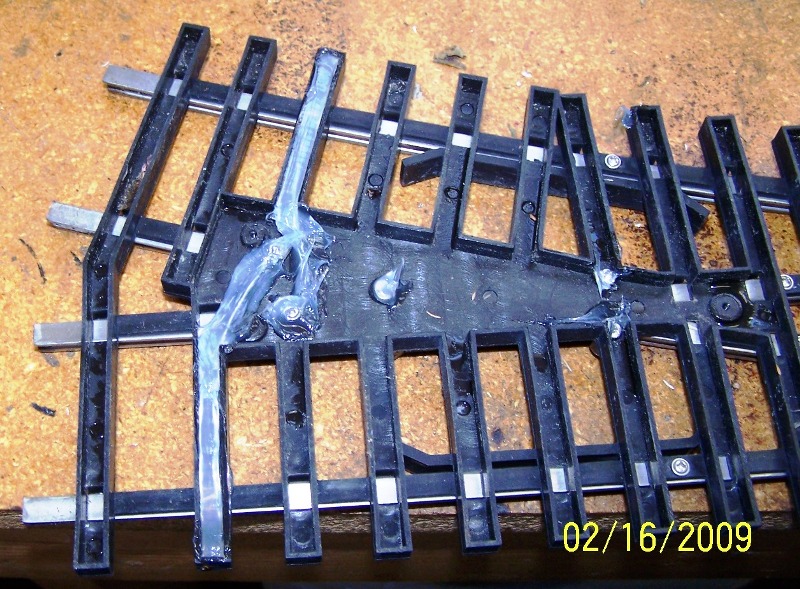 Use silicon caulking, fill the ties up: 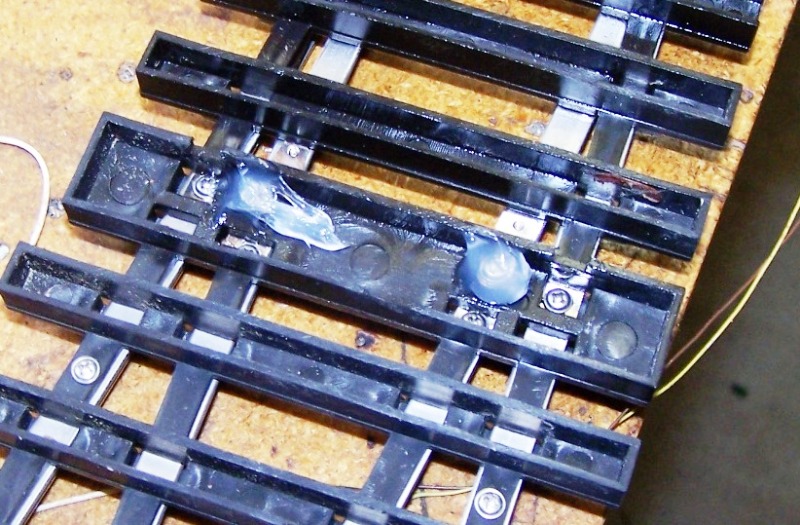 While you are working on the switch, why not correct another flaw in the switch, and set the guardrail flange width? It should be abotu 0.106" wide, in most cases a shim of 0.020" material will do it, but measure first, there's variations in production runs:

Note, the method above preserves the abrupt lead in to the guard rail. There are other methods of adding a shim that can mitigate this abruptness.

R.J. also puts a bulb in the target to light it, you have to drill it out, and remove the screw underneath, maybe I'll get some more pictures in the future: 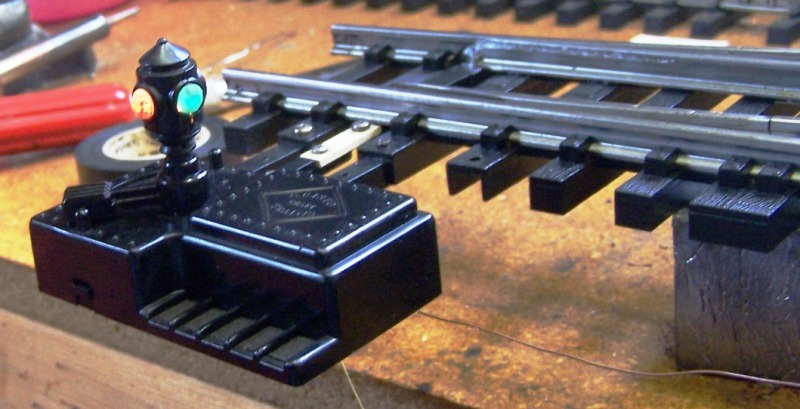