Originally,there was a lot of controversy over damage in shipping to Aristo locomotives. This was due to the weights being shipped in the box and their place in the box was WAY too close to the loco. Unfortunately the way Aristo fixed this was to stop shipping the weights in the box (free with the loco) and then they started charging ($5 each), then they stopped using lead (half the weight) and charging even more.

The picture below is from Ted Doskaris, and his loco was damaged in transit. The 2 rectangular holes at the upper right and upper left corners of the bottom foam piece is where the weights go. 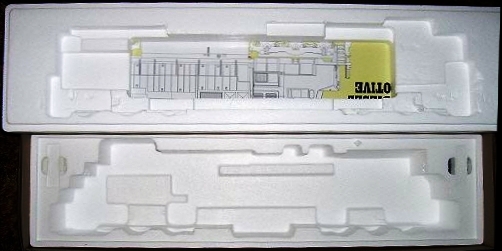 Here's Ted's SP unit that had a twisted ditch light out of the box: 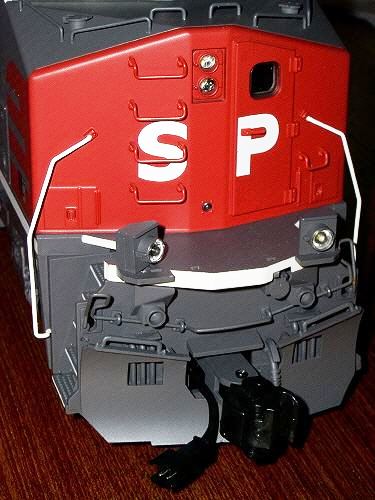 The left weight was still in it's pocket: 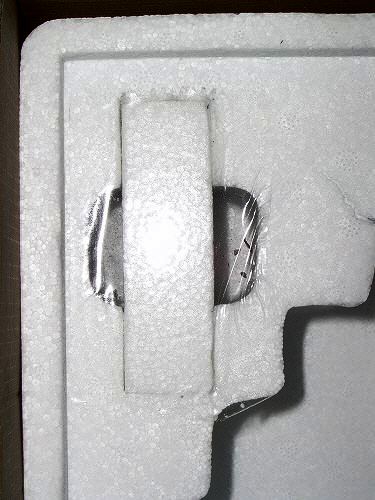 Removing the covering foam, you can see the location of the weight: 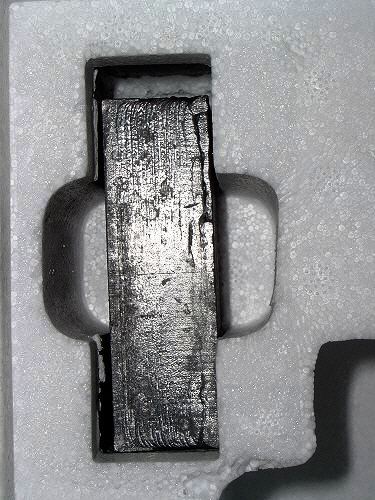 The right weight was likewise positioned down close to the loco: 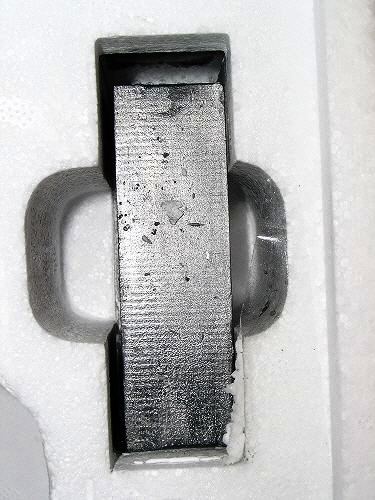 The picture below shows the right hand pocket with the weight removed, you can see how the lead has rubbed off in the package: 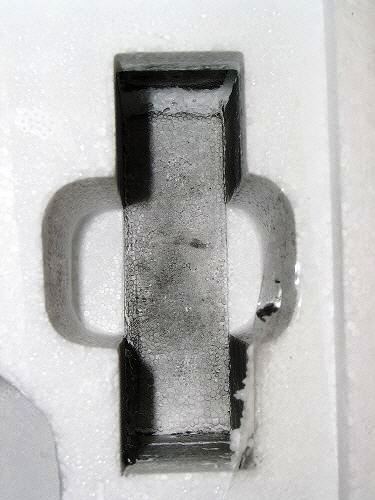 Here is the loco with all 3 weights installed (at this time, the loco came with one weight already installed) 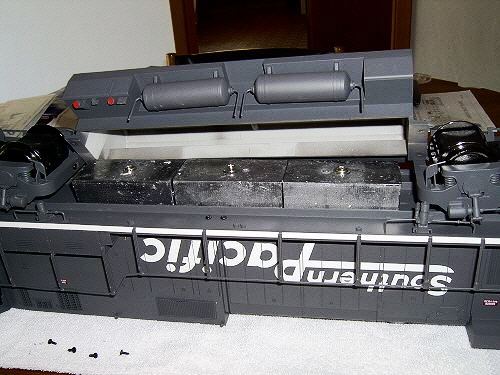 Here's a C&NW Dash with a bent pilot, see how the weight came loose?: 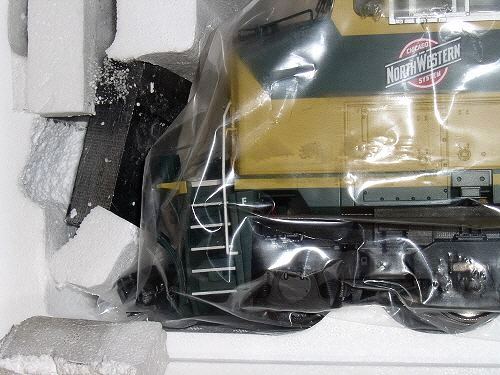 The same loco also had a broken ditch light: 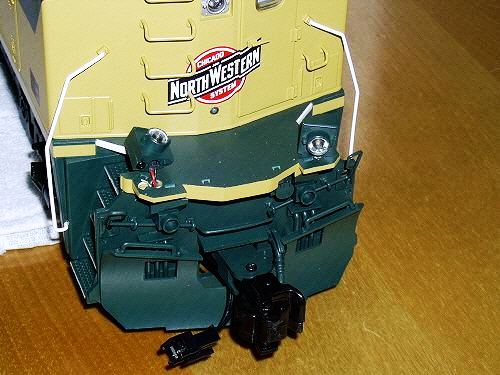 Here's the packaging for the C&NW: 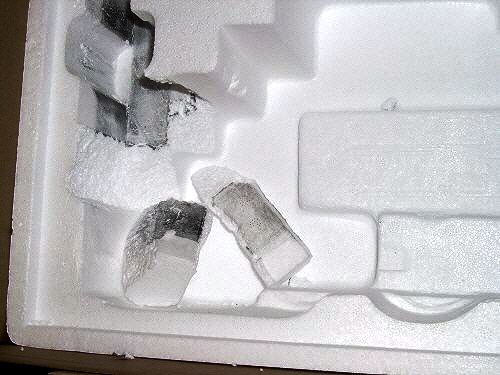 Ted notes:
"However, even with Aristo's subsequent practice of not including the extra weights in the same box that the loco is in - shipping damage can result."

See below for example a Union  Pacific Dash 9 Wings and Flags as received with damaged ditch light even though the extra weights were not shipped in the box! 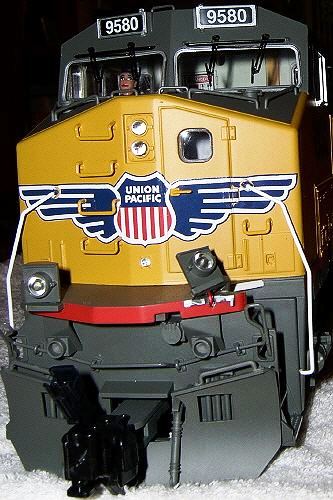