I'm working on this. For example, George Schreyer looked at his locos, and found that he has 4 different types of motor blocks. I have more on that in the Aristo 2 axle power versions page.

The FA-1 bodies have at least 2 versions.

There are various numbers of screws. In the front, you remove 4 screws, where the Q tips are (4th one hidden here)

In the rear, there will at least be 4, maybe 6, notice the 6 locations below.

The picture below is another view of the rear: 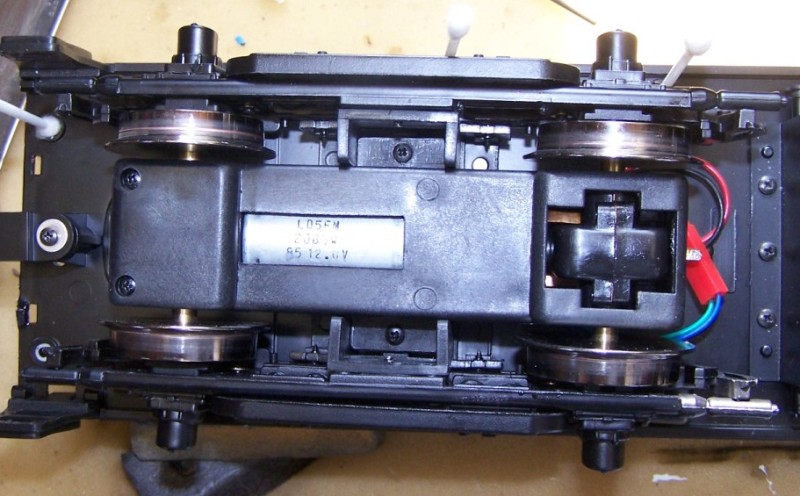 The first generation versions of the FA-1 did not have the Aristo socket. The smoke unit was also changed. I believe the location of the electrical switches for the motors has been changed, and the trucks were different.

Below is the inside of a second generation FA-1 with the shell off (the nose is away from you). The Aristo socket is nearest you:

Below is a shot from the "nose end" back to the rear:

Below is the inside of another second generation FA. The color of the simulated prime mover differed over the years, this one is red. Notice that one circuit board continues under the prime mover. There are 4 quick disconnect plugs underneath.

Below is a shot with the prime mover removed. You can see the plugs for the trucks, and the 2 smaller ones, one for "battery" and one for the speaker. This is the intended location for a separate sound card.

Below is a picture of a first generation FA-1. Notice the electrical switches on the back of the door. Also notice the white "air box" mounted to the roof with a motor in it. This motor has fan blades, and there is a switch that goes off, forward, reverse to run the fan motor. Normally you switch it in forward to suck air in from the outside and then force it through the hose you see. The hose goes into a smoke unit mounted in the top of the shell, and the smoke comes out. No one has ever figured out why you would reverse the direction of the fan, I guess smoke would then come out the back of the loco. Below is a second generation FA with the newer style smoke unit, you can see it in the shell. You can also see the original fan housing further at the bottom of the picture, no motor or hose: 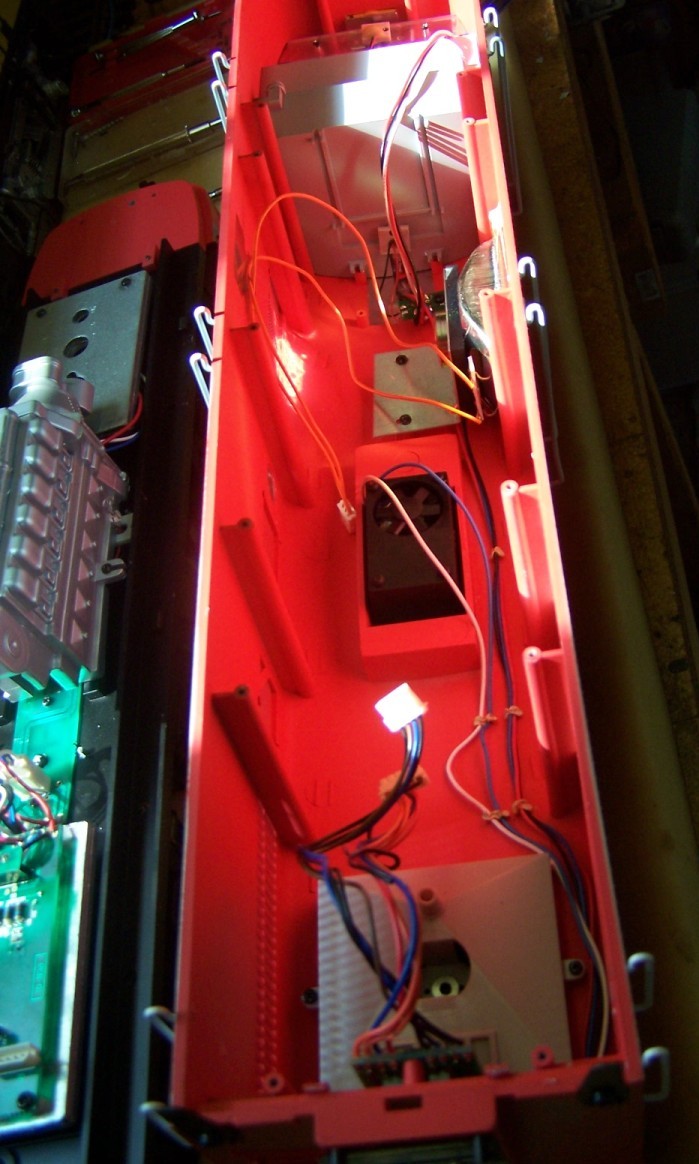 Below is a picture of the nose of a second generation FA-1, note the speaker is in a different place than the first generation:

Below is another shot of the inside of a second generation FA-1 showing the difference in smoke units, speaker placement: 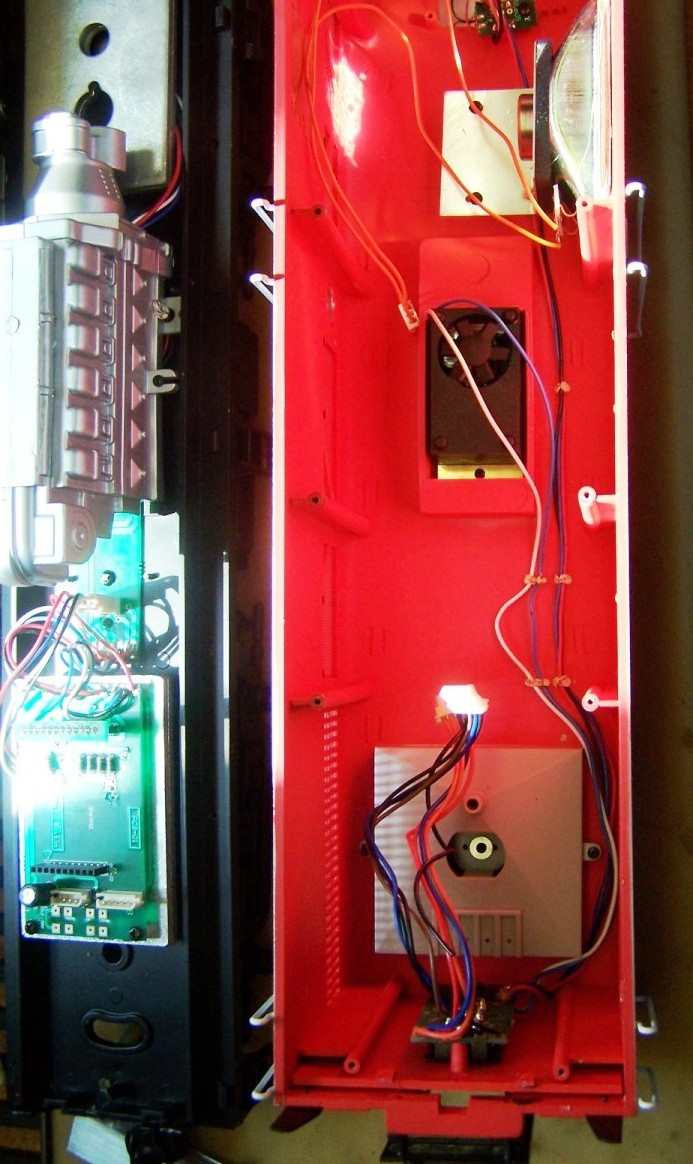 The FB-1 smoke units were never changed. I believe they did get the newer motor blocks. I need some pictures and more information.

There is a difference in the coupler mounting post on the old and new versions of the FA:

The picture below is the old style pilot: 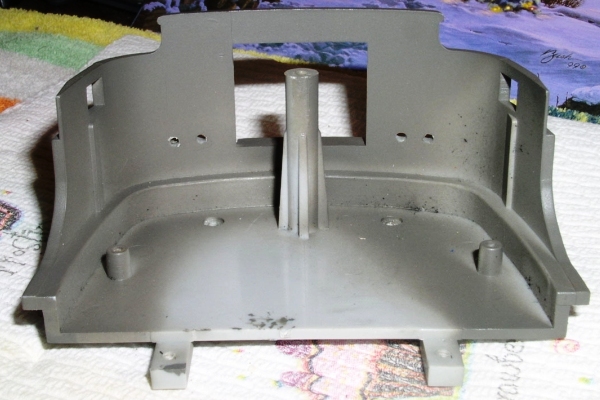 The picture below shows the new style pilot: 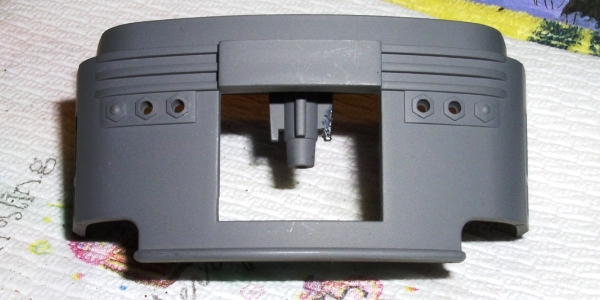 Click the links below to go "deeper" into details on the Aristo FA-1, FB-1