The Aristo factory supplied front coupler is a bit too short to install on the E8s that have the more bulbous passenger type front pilot.

Shown below is that coupler along with a retaining bracket, centering spring, washers and screws required for installation. 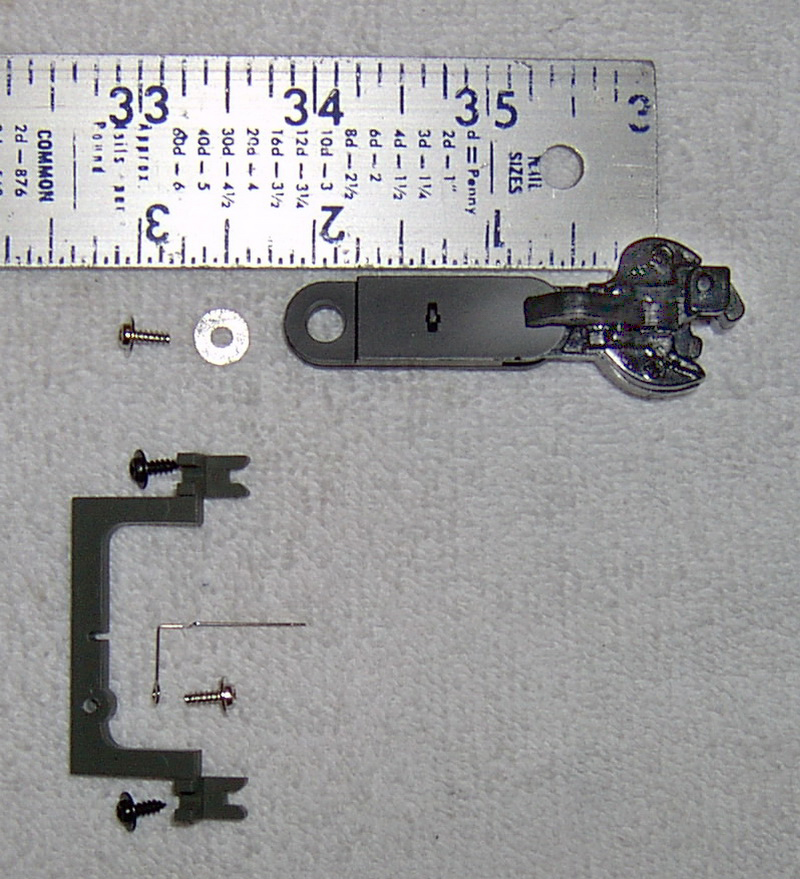 The following is a method that illustrates how to modify the coupler in order for it to freely swing from side to side.

The below picture shows the underside view of the Aristo Union Pacific E8 having the bulbous passenger pilot with its door assembly removed: 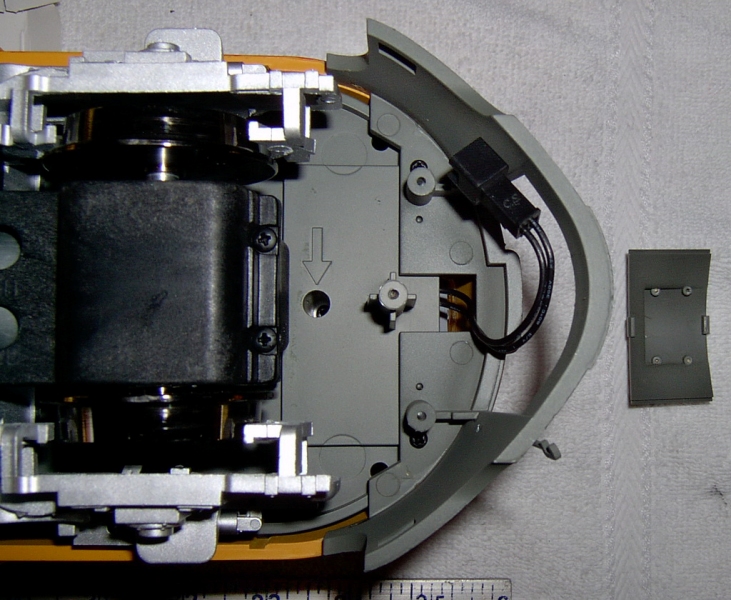 The below picture shows how the factory supplied front coupler with it being too short - if attempting to install it - will interfere with the pilot due to its uncoupling lever. 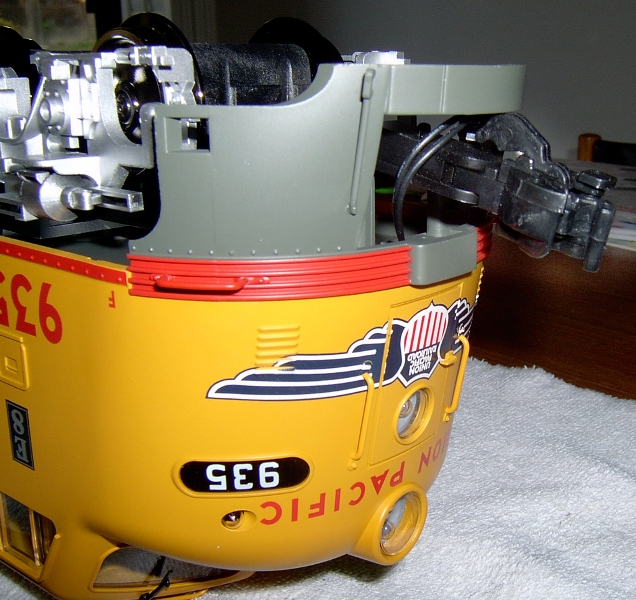 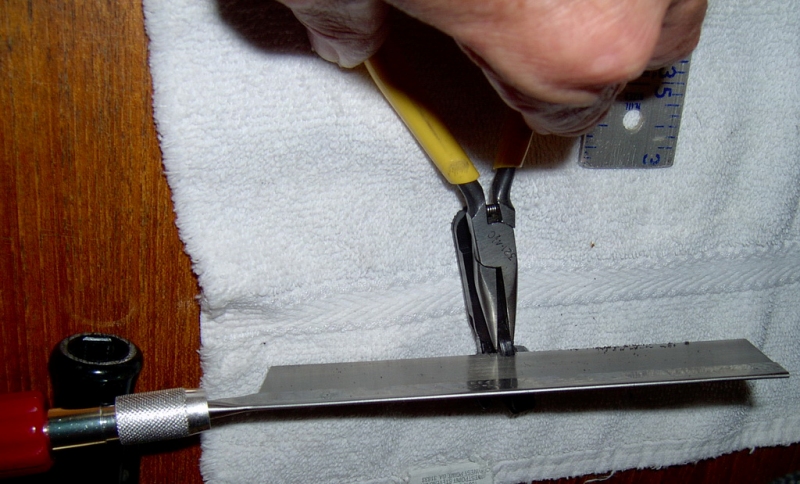 The below picture shows my first try - having not taken quiet enough material off. 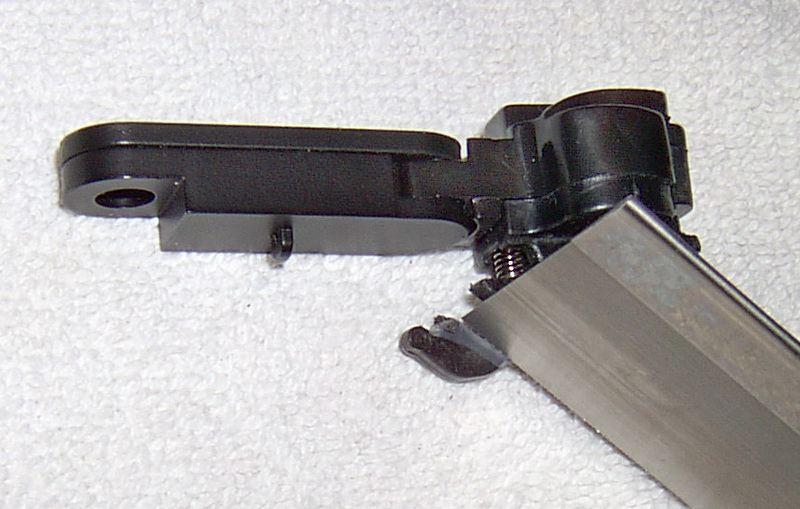 I discovered it best to remove material right up to the spring coil to provide for a modicum of free space for the coupler to freely swing from side to side without rubbing its trimmed lever against the pilot. Also, when the coupler is actuated to the uncouple position, some space is needed as the lever moves closer to the pilot.

Because of this close proximity, using dikes to cut off the unwanted part of the lever can be risky.

Shown below is the trimmed coupler installed on the E8 that now has visible clearance between its uncoupler lever and the lower part of the pilot so it can freely swing from side to side without rubbing. 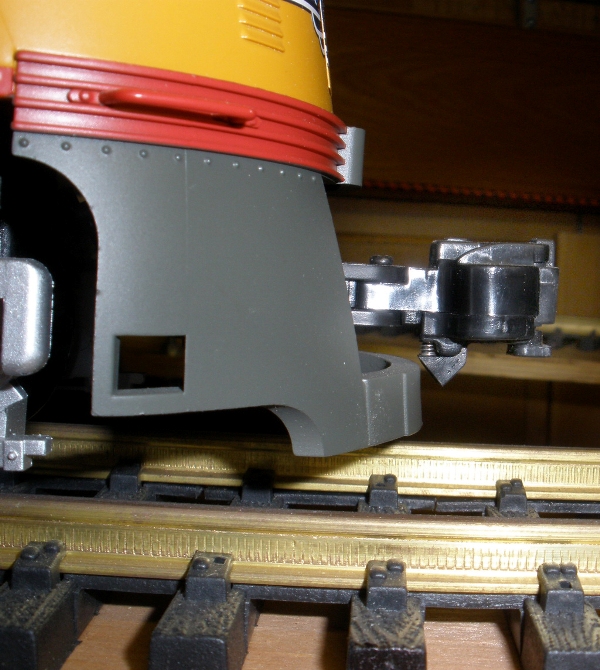 Note how the uncoupling lever has to be trimmed right next to the spring coil in order to provide a modicum of clearance - otherwise the lever may rub on the edge of the pilot when the coupler swings side to side. 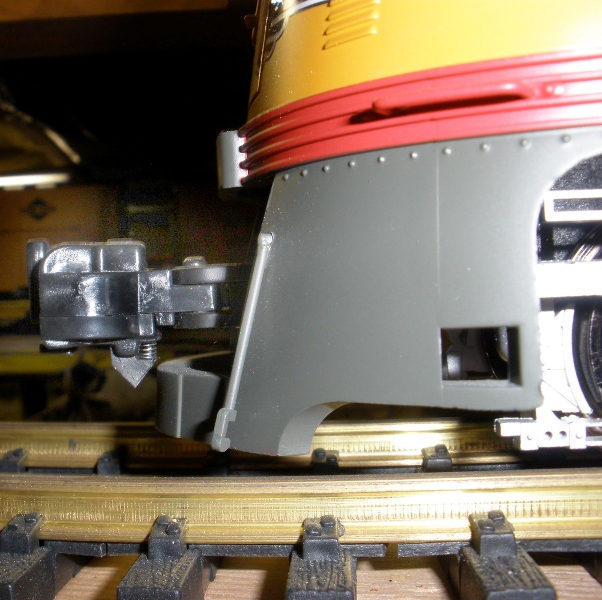 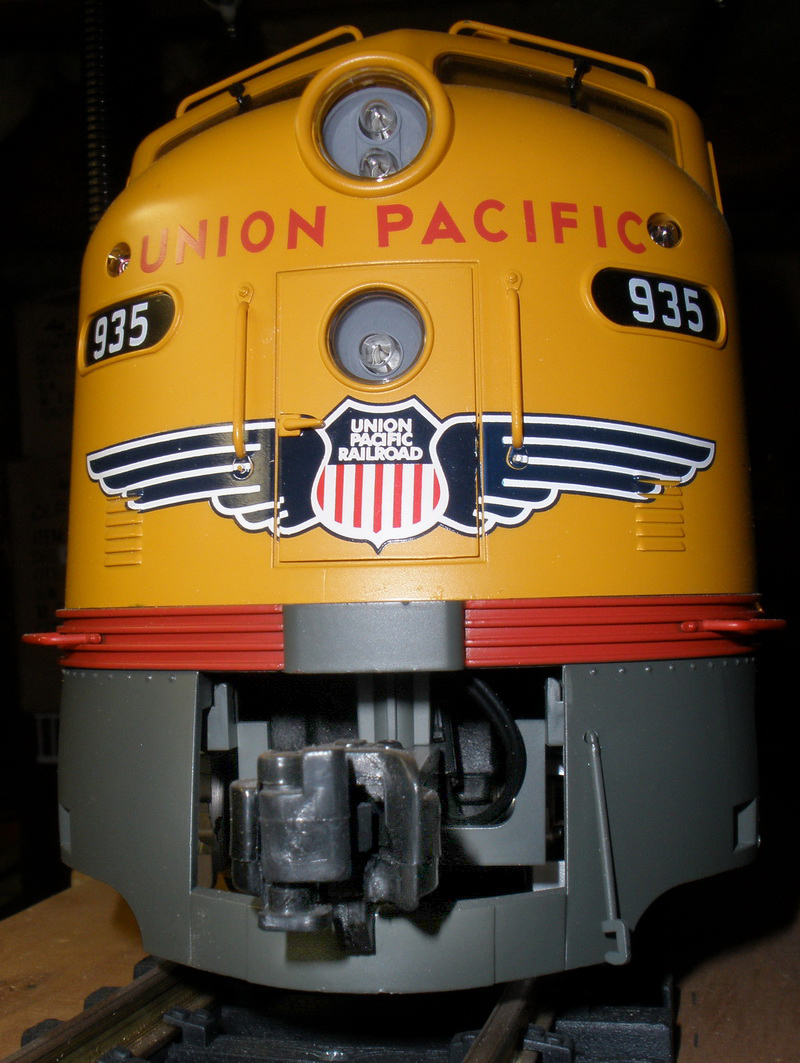 Shown below is the UP E8 with modified, trimmed coupler compared with the SP E9 not requiring the coupler modification 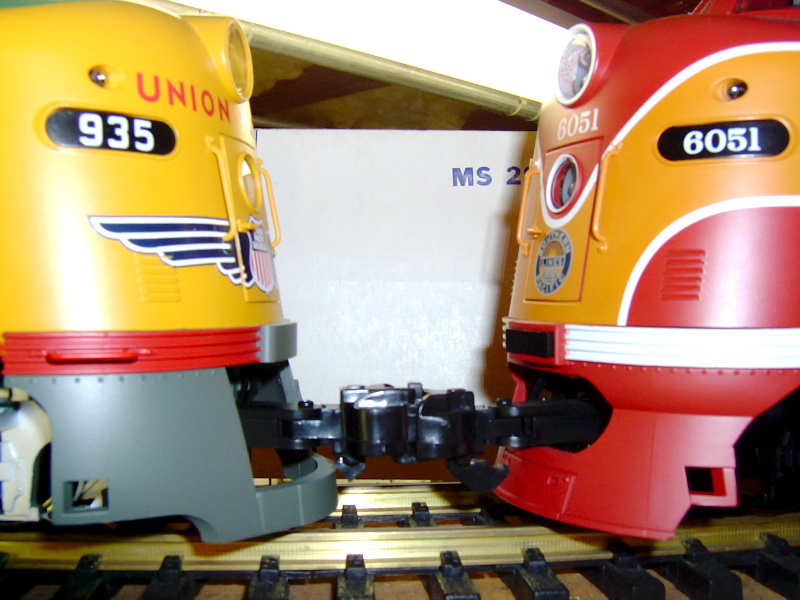 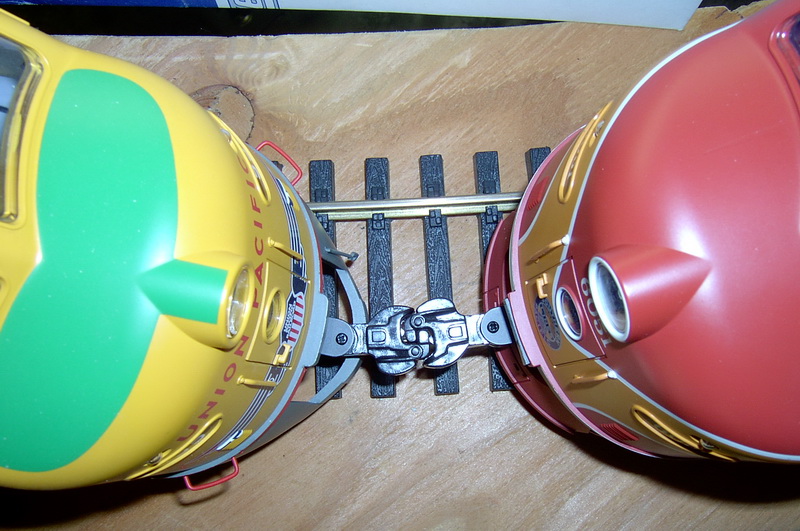 Shown below is a front view comparison of the a UP E8 loco with its passenger pilot door installed compared with the UP E8 with its installed trimmed coupler and the SP E9 with its unmodified coupler.