Phase 1: Building the first loop of track around the back lawn

My idea was to have 2 independent loops of track so continuous unattended running could be achieved. Also being able to see most of the track while I was sitting in one place in the back yard was high on my list.

This first loop was conceived when the landscaping first went in. It goes around the grass in the back yard. In order to be able to mow and edge the grass, The idea was to ballast the track, along the patio and in the planters. I had the concrete poured to very closely match the track curvature. This put the loop of track in ballast next to the grass. This left me with an S curve and issues trimming the grass next to the ballast. Remember this was quite a while ago when "common wisdom" included LGB R1 curves (4 foot diameter). So I thought 10 foot diameter curves were fine. But I started one curve right from the previous one, making worst case "S" curves. (this did work with shorter cars)

I had more concrete poured, allowing for a short straight to eliminate the S curve and keep all the track on the concrete, much easier to trim, but the short straights were just one foot long.

My track is free-floating in ballast except where it lies directly on concrete. Here you can see the track which follows the curve of the patio, and then goes into the planter.

We start next to the raised patio. Notice the second pour of concrete inside the first? 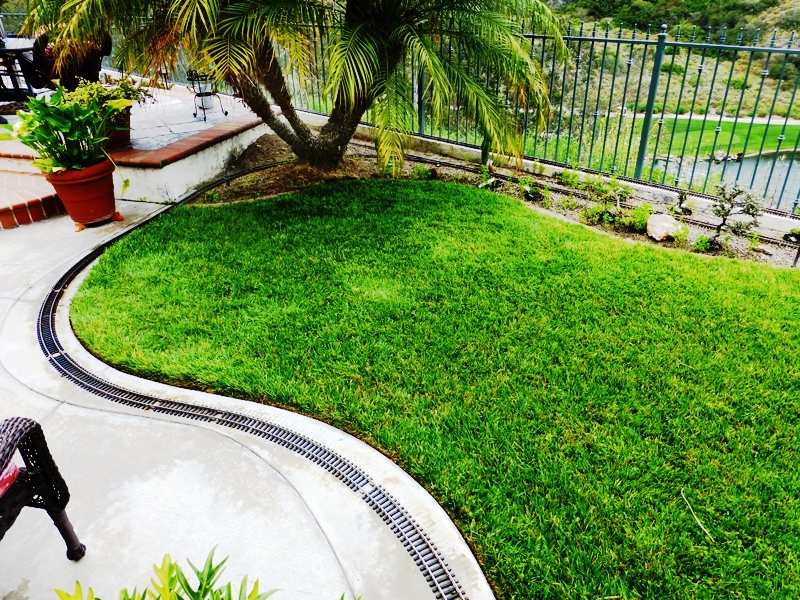 As we travel counter clockwise, the track goes through the "S" curve and approaches the house. You see the house, the tracks going off to the right to the switchyard.

There is a second track "outside" of the loop, which is the main line.

There is a 10' diameter switch on this loop that is part of a passing track on the main line that is off to the right. 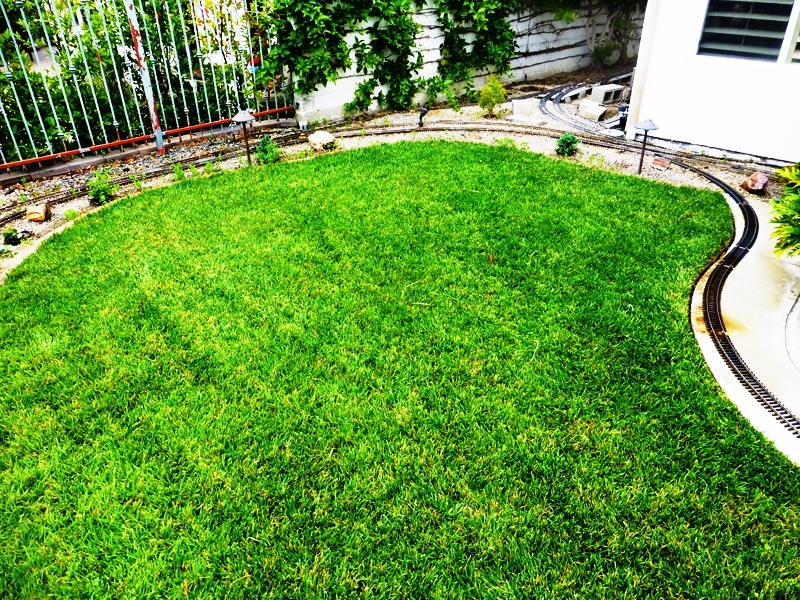 Continuing counter clockwise, you see the track as it goes along the property line and curves to the back fence.

This is an early picture that shows the crossover between the inner loop and the outer main made of 2 Aristo WR (10' diameter) switches.

This proved too tight for long passenger cars, it clearly makes an "S" curve using switches, a double no no. It's now using #6 switches.

The track to the right, which goes off to the rear is the main line and goes up a 3.5% grade paralleling the back fence.

The picture below shows the inner loop progressing through the planter, and the main line starting up the 3.5% grade along the back fence. 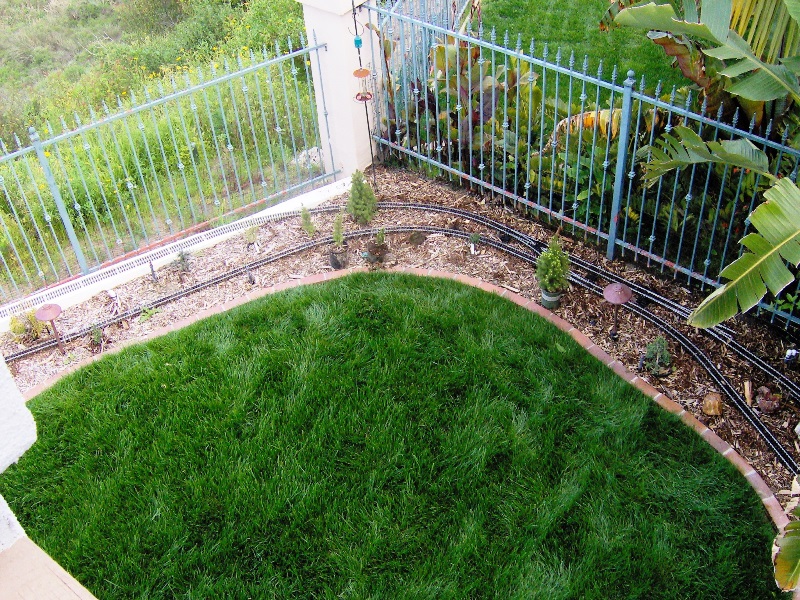 Now the track continues to the palm trees where we started: 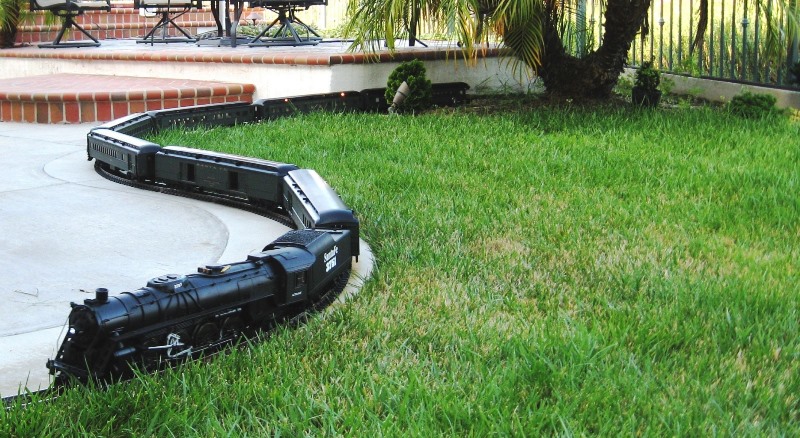 So after many years, longer cars, longer trains, conversion from truck mounted couplers, the 1 foot straights in the middle of the 2 sequential "S" curves was causing issues, just too marginal.

So I started thinking of how to eliminate the S curves. There was no way I could change the 1 foot sections to 3 foot sections, about the minimum needed for the 80 foot passenger cars. This combined with the danger of the gardeners trimming ties off the track so close to the grass yielded an idea:

Notice no S curves left at all, and much gentler. It turns out we never use that part of the patio, the view is from the 2 raised patios. So my wife said "sure". The track is not finally connected, but in place it is a nice tangent and straight as an arrow.

One final cut to make and join but it looks great, and since I will now have a 12 car heavyweight train, I need it to avoid stringlining. Those USAT heavyweights are heavy, and with the carbon pickup brushes, lots of drag.