I love this stuff. I do not use transponding, so I don't need the unique features of Digitrax, and I think the NCE wired and wireless throttles are the best for G scale. I have more in the planning section of how I made my decision.

Basically it is a very capable system, that works with any DCC product (except the really old pre-DCC LGB).

I will only talk about the 10 amp NCE systems. Do not waste your time getting the 5 amp version, it's REALLY easy to go over 5 amps in Large scale.

The company is US-based, and very helpful and professional about their products. There is a groups.io forum where real experts live and you get great help. If you really have a problem, you can get a real engineer on the phone at NCE who WILL understand the problem, not blow you off.

Be sure to visit Mark Gurries' NCE site: https://sites.google.com/site/mgurriesncedcc/nce-info

A nice tip on serial port issues on the command station: http://www.members.optusnet.com.au/nswmn2/Serial.htm

NCE makes a wide variety of throttles, from the "hammerhead" pro version, to small controllers with basically speed, direction and horn and bell.

They make wired and wireless throttles. The wireless throttles use a full duplex 900 MHz signal, which actually has a lot of advantages, one of which is less interference, since cordless phones, Wi-Fi  and cell phones are all in the 2 GHz band. Another advantage is the full duplex system verifies that your command was received by the command station, unlike simplex systems and most R/C systems.

The wireless system has a base station that plugs into the cab bus (where wired throttles also connect). This base station has 2 outputs, each of which can drive a repeater radio station.  In turn each repeater has 2 more outputs, each of which can drive another repeater. This arrangement can be expanded to 31 total radio stations (1 base and 30 repeaters). If it's not obvious, you can cover an enormous layout.

The range of the radios is about 100 feet or so. They are bidirectional, a big plus, you KNOW your commands get to the loco, because your throttle displays the results back from the command station.

This is the first company (in the early days of large scale DCC) to have decoders that can not melt down from high current motors. The D808 (pictured upper right in the picture below in a USAT F unit) will handle 8 amps continuous and 30 amp stall! That's about the only outstanding facet of their decoder line. No sound decoders, no servo drive, etc., just good solid motor decoders.

They also have a line of accessory controllers, I have not used them, preferring the Digitrax ones.

The 10 amp system has a separate booster and command station. They interconnect with a short phone cord. There are wired throttles of various types, but I prefer the Procab, that has all the controls, and it's only about $150.

All of their boosters are rugged and meet published specifications. For G scale, the 10 amp booster makes the most sense. It will run at 10 amps all day, and will briefly supply up to 20 amps.

There are interfaces to allow computer control of the system, especially by JMRI software. The USB interface is a great addition. 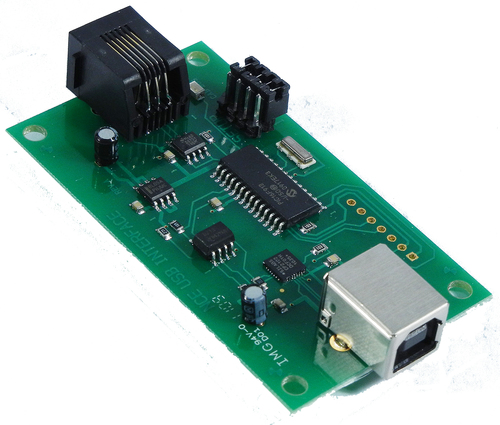 There's also a DCC packet analyzer, I have not played with mine yet: (oops, sounds like it is out of production) 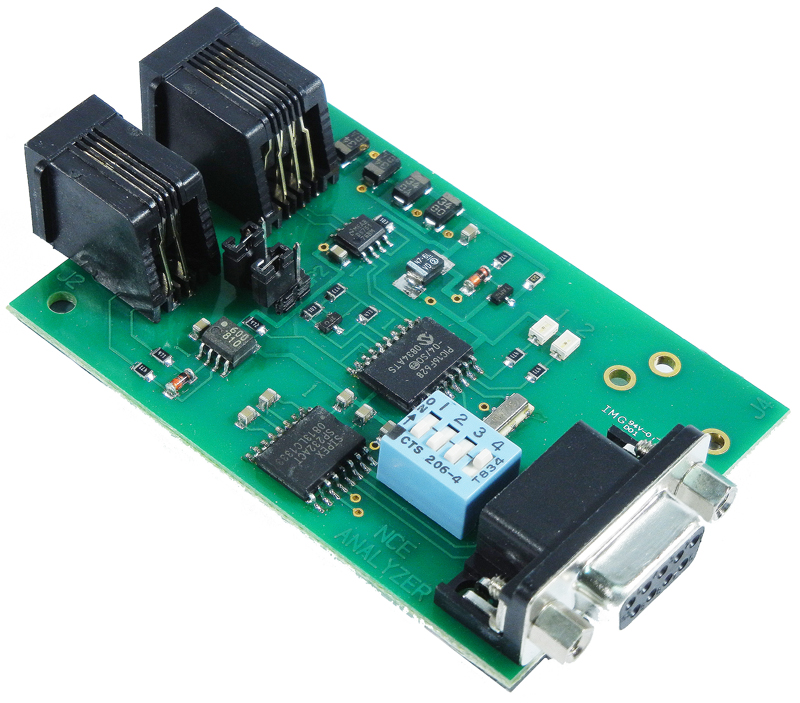 They make several systems, which are bundles that save money. By far the most popular is the PH-10R, the 10 amp system with radio: 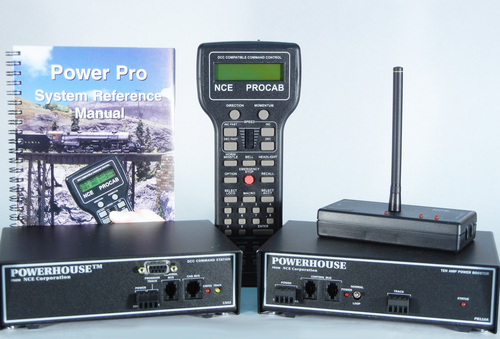 NCE is a real engineering company, and virtually all the components have upgradeable firmware. I used to list the current versions here as a quick reference, but since I'm not as active I will give you a link to Mark Gurries excellent site: https://sites.google.com/site/markgurries/home (and if you don't know who Mark Gurries is and you have NCE, you owe it to yourself to find out!)

Current versions as of September 2022 per Mark Schutzer

Currently my PowerCab is on 165B, if you have anything less you should update.

NCE does not publish version information

SmartBooster - note these are really command stations and boosters