This little loco has been around for some time, often paired with a slope back tender. The drivetrain is simple and cannot take a lot of load, and the wheels are famous for pitting and poor power pickup. In late 2013, the unit was redesigned to a different drive mechanism, which is integrated to the chassis, a bit more robust, and the Aristo "socket" added to the tender. 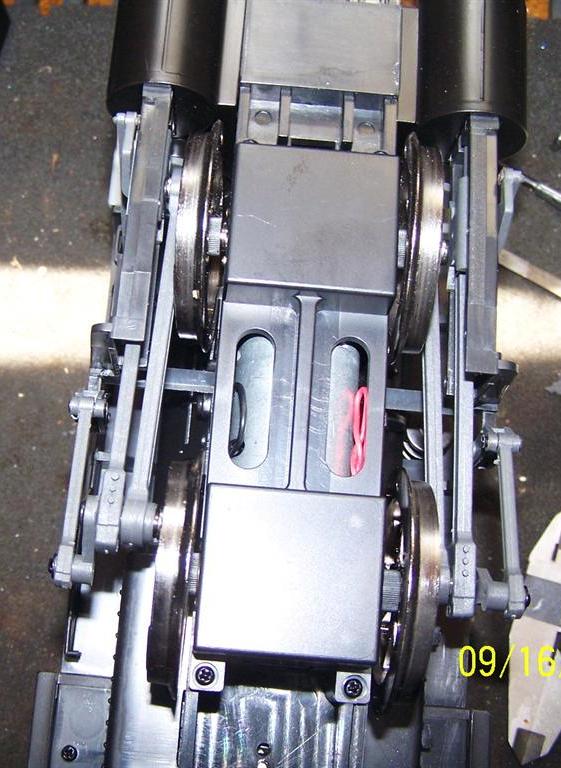 The new style has a socket, for the first time, and it is in the tender.

There is a ribbon cable and a multi-pin connector between the tender and the loco, you can see the cable and the white connector in the picture below: 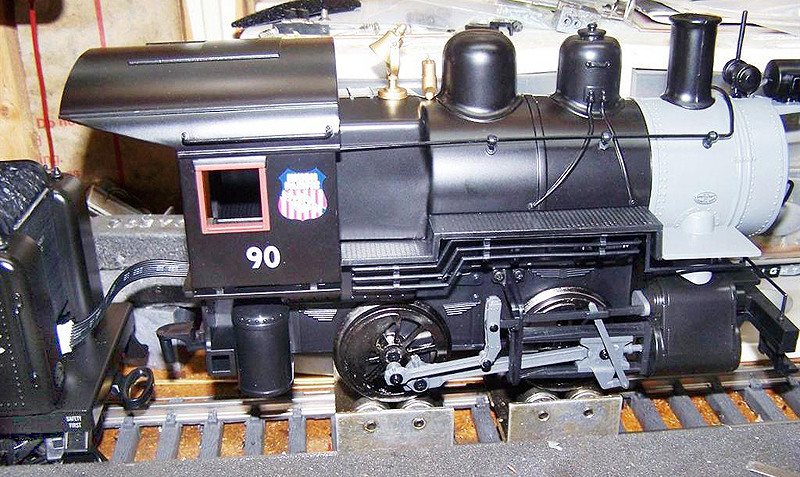 (from a post by Shawn Fields on the Aristo forum)

1. Remove the smoke stack and smoke unit...these get in the way of pulling the boiler off as you have to slightly tilt the boiler upward to remove it. Also pull the handrailing forward out of the cab....not alot just enough to clear the front of the cab.

2. Under the front of the boiler in front of the drivers is a single screw down inside a small recess right in the middle of the smokebox.

Note: You DO NOT have to remove the four screws that holds the cover for the drive train... .

4. After all the screws are out lift the cab off the boiler.....If you have the the coal bunker on the back of yours you have to remove it as well...two more screws under the cab.

5. Now that the Cab is out of the way you can lift the boiler off the frame...but be sure to tilt it back from the smokebox.... you have to remove the hose that goes from the puffer to the smoke unit on the Fireman's side cylinders.....this hose is a monster to put back on when you reassemble the engine....

6. Once you get the boiler off you can see the wiring for the motor,headlight,firebox light and track pick-ups.

The new version picks up from the tender wheels as well as the drivers.

There are also now switches on the tender and loco that need to be set properly for the loco to run.